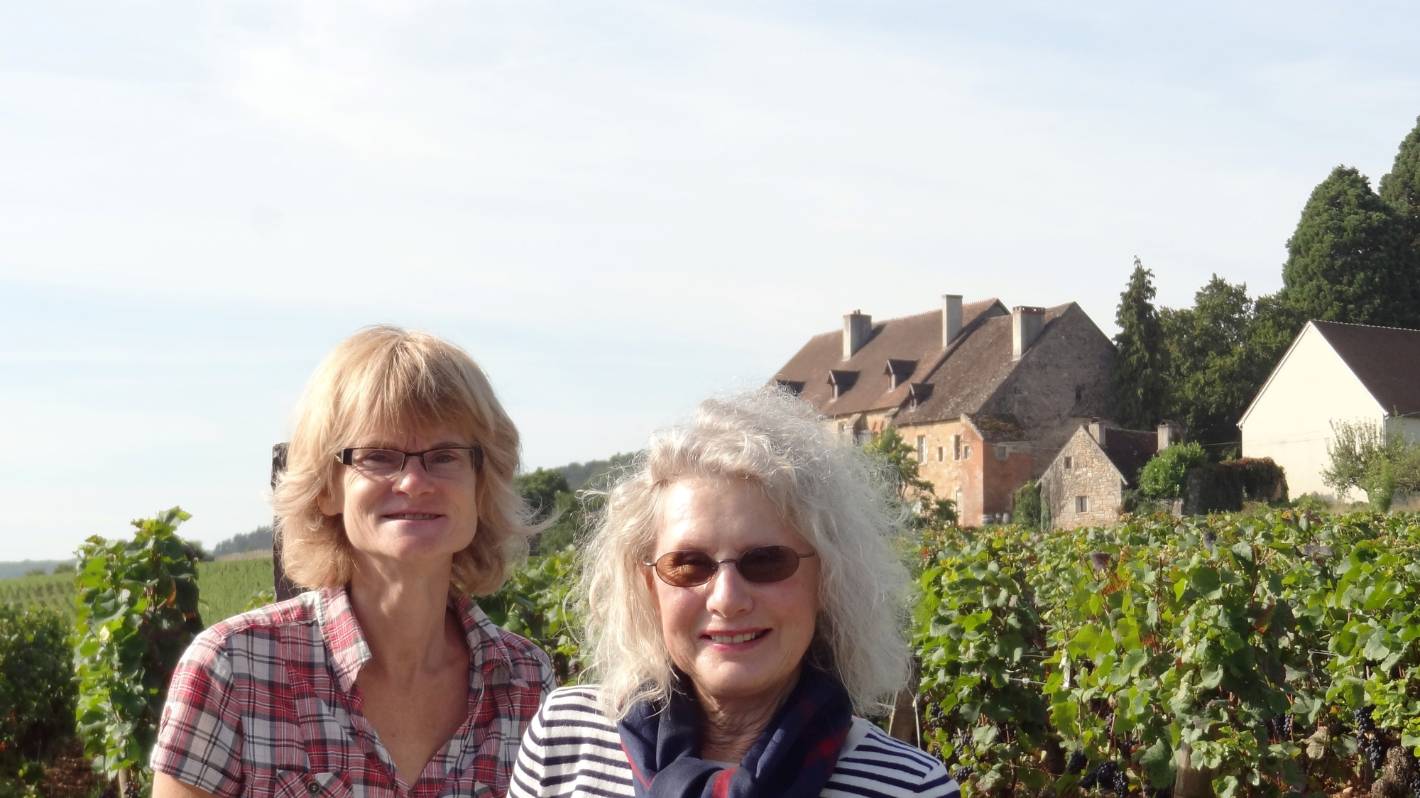 I first met Wendy Parr when she and her husband, environmentalist Philip Simpson, had a very special little one-hectare vineyard on their piece of paradise in the limestone hills above Port Tarakohe in Golden Bay. .

The last commercial production of Parr & Simpson wines was in 2015. Wendy and Philip had developed an international reputation for their research work and they simply didn’t have enough time to make wine too.

Now Wendy has decided it’s time to hang up her wine research coat too.

Philip is a highly respected botanist and has had a number of books published. He is considered the authority on our native cabbage tree, while Wendy, who has a doctorate in psychology, worked in the areas of memory and decision-making, and became increasingly interested in wine and at the wine tasting.

She was intrigued by “what kind of memories do these people have to be able to taste a wine and say Château such and such from 1964 or something similar” and began to think about the tasting process from a scientific point of view .

READ MORE:
* Food and family at the heart of Nelson’s business
* The brick restaurant withstands high winds
* Hats off to Nelson’s local food heroes
* Your local hospitality industry needs you

She wanted to know what mental processes were triggered, what was going on in the mind of the taster.

Around the same time Philip was publishing his first book through Canterbury University Press and Wendy was a little tired of being an academic in Wellington. She therefore decided to go to Lincoln to learn how to become a winemaker in order to help her in her research and “to do a small thesis on what this wine memory consists of”.

After the first year of study, Lincoln University offered her a scholarship if she continued at the doctoral level in wine science (she completed her second doctorate in 2003) and this gave her the opportunity to study in depth these ideas about how people might remember smells and tastes and what mental processes were going on when tasting wines.

Dr. Wendy Parr quickly established a reputation as an outstanding researcher in her specialty area of ​​sensory science and became a key member of a large, multi-disciplinary, multi-institutional Sauvignon Blanc project that was set up to identify the sensory and chemical components that have made New Zealand Sauvignon Blanc unique.

After communicating with other international researchers in sensory sciences, psychologists and wine scientists, in 2001 she received awards from the NZ Royal Society and INRA (French research institute) which allowed her to travel to Burgundy where she and others discovered they had a lot of ideas in common. Since then, they have collaborated with Wendy, who travels to France every year to spend time at the universities of Burgundy and Paris VIII.

Many of his scientific colleagues in France have also spent time in New Zealand.

When I had a conversation with Wendy last week, she told me that over the following years she had been involved in research projects in many parts of the world and had been invited to speak in many countries, including the Chile, Brazil, Canada, China, Australia and Great Britain.

She says highlights of her international career include a guest tasting, organized by colleagues from the University of Burgundy, at Domaine de la Romanée Conti in 2014, and that she was invited in 2011 to join the UNESCO Chair committee. Traditions du Vin based at the University of Burgundy, and have many opportunities to meet and share ideas with some of the world’s most acclaimed wine critics and wine scientists.

As a sensory scientist, a key question for Wendy has always been how people interpret the flavor or structural components of wine.

“It extends to the impact it has on a range of criteria and what we need to do differently as a wine-producing nation to alter the subtle characters of a wine, without compromising our base flavor components that express the personality or identity of a wine.

“This is currently a hot area for producers making Sauvignon Blanc, with a focus on traits that may be easier to sell in emerging markets.”

As a member of the government-funded Sauvignon Blanc Research Team and later the National Pinot Noir Research Project, she received support from dozens of wineries in New Zealand, particularly Marlborough, who have sent wines to France, Brazil, Chile, the United Kingdom. , and Austria for use in research, teaching and workshops abroad.

“This generous industry support has continued throughout my other national and international research projects, including those investigating abstract aspects of wine such as perceived minerality, complexity and quality.”

As she hangs up her wine research coat for the last time, Wendy very quickly recognizes the help and expertise of others.

“Without the support of these wonderful wine industry professionals, particularly those in Marlborough who enthusiastically attended our wine tastings and shared their expertise with us, my research colleagues and I could not have provided the contribution to wine research that we have, and we certainly wouldn’t have had so much fun doing it.

“I would especially like to thank Professor David Heatherbebell, now retired from the University of Lincoln, and Andy Frost, alumnus of Pernod Ricard, who have been wonderful mentors, Andy also allowing me to establish links with the Pernod Ricard Research Center in Paris.

“I also owe special thanks to: Philip Gregan and NZ Winegrowers for helping to fund my guest lecture at the Institute of Masters of Wine in London in 2016 and for funding my early research projects; wine writers and critics who have helped in various ways, including locals Jane Skilton, Emma Jenkins and Joelle Thompson, and Julia Harding in the UK; and research and education colleagues at the Marlborough Research Centre, NMIT and Plant and Food Research in Marlborough, especially my wonderful research collaborator Claire Grose.

Double doctorate, Dr Wendy Parr is a very kind and very thoughtful person who has made a difference in the wine industry in New Zealand and contributed to important international wine research, all from her little corner of paradise in Golden Bay.

His quiet wisdom will be missed by his research colleagues and winemakers.