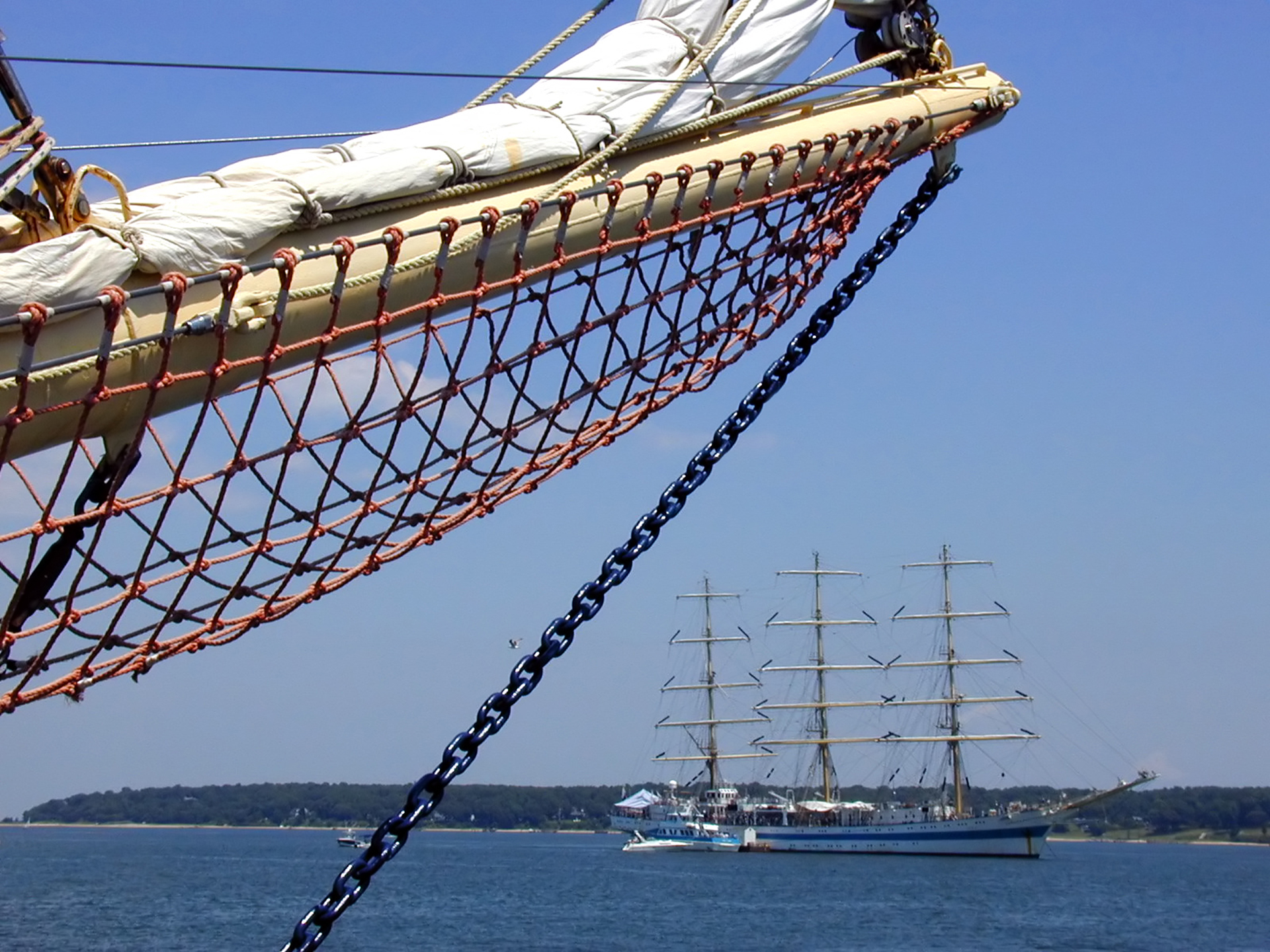 A Visitor’s Guide for Newbies to North Fork

For those familiar with North Fork, it may come as a shock to learn that not all visitors to the East End, or even Hamptonites all year round, are unaware of the wonderful communities, people, and adventures between Riverhead and Orient Point – and it’s not just wine country. A drive east along New York State’s Highway 25 will reveal a whole new world of agrarian beauty, outdoor adventure, maritime lore, boutique and mom-and-pop shopping, a history dating back to 1640, and much more. And yes, of course this region is a delight for wine lovers! It’s a really different experience than the Hamptons south beyond Peconic Bay.

“I think North Fork is quickly becoming the non-Hampton,” said Scott Russell, longtime Southold Town supervisor. The New York Times, describing in 2013 the essence of what makes this set of 18 hamlets and a village in the towns of Riverhead and Southold special. “We have no traffic problems, our real estate has remained within a range of reasonable standards, the Sound Bay and beaches are pristine and the farmland is still the lifeblood of our community.”

It’s no wonder so many people travel north to get a taste of what the Hamptons were – what drew people to South Fork before it became a ‘playground for the rich. and the famous ”. This helpful guide offers a brief overview of where to go, what to do and what to expect for newcomers to the East End’s last authentic bucolic paradise.

North Fork’s only incorporated village, this former whaling port and shipbuilding town with a history of black bass and rum has a strong maritime heritage with several commercial fishing boats still operating out of the harbor. But it has also become a popular bustling tourist destination for a wide range of unique shopping opportunities in the region’s largest downtown, offering excellent restaurants, art galleries, and attractions. In addition to its marina and fabulous water views, Greenport’s Mitchell Park features open grass for picnics, a century-old antique carousel featuring a brass ring, a classic camera obscura and the ice skating in winter.

Other must-see attractions in Greenport include the East End Seaport Museum, Blacksmith Village, Railroad Museum of Long Island, Fireboat Firefighters Museum, Greenport Harbor Brewing (in a refurbished fire station) and the famous Claudio’s Restaurant, to name a few. name a few. Take the North Ferry across the Peconic River to nearby Shelter Island for a fabulous day trip (or continue south to Sag Harbor). And don’t miss recurring events like the monthly gallery walks from June to December, the Greenport Maritime Festival in September, the Shellabration Food Festival in December, and the Cherry Blossom Festival in May.

Near the center of North Fork, Mattituck is well known for its verdant farmlands and colonial history. Established in 1662, the community has numerous wineries and tasting rooms, seaside activities such as fishing and boating, and horseback riding in a handful of barns and stables. During your stay, be sure to visit the Love Lane Shops, a quaint collection of retail and food establishments featuring everything from old-fashioned candy to gourmet cheeses, flowers, clothing, hardware and more.

Summers are home to the annual Mattituck Lions Strawberry Festival, the thrilling sunflower maze at Martin Sidor Farm (where they also make North Fork chips), street fairs and more. For those looking for something good on the gram, check out the local McDonald’s housed in a farmhouse-style building unlike any of the company’s other restaurants across the country. And moviegoers should visit Mattituck Cinemas, North Fork’s largest cinema, which shows movies on eight screens.

The easternmost point of North Fork, Orient is probably best known as a shortcut to New England via the Cross Sound Ferry to New London, Connecticut. But this small community of about 1,000 people over 6.1 square miles is steeped in history and natural splendor. Shops and businesses are scarce, like the pre-revolutionary War Orient Country Store, serving locals and visitors with baked goods, soups, salads, and sandwiches, and pretty much everything a town needs. no supermarket, bank or pharmacy (these require a drive to Greenport).

As owners Miriam Foster and her husband Grayson Murphy like to say, “If we don’t have it, you don’t need it. Other hot spots include The Candy Man – a fourth-generation family-owned store with homemade chocolate and other sweets – and an array of excellent stalls from local farms, the largest of which is Latham, selling produce. fresh, canned, oysters, flowers and more.

The Oysterponds Historical Society takes visitors back in time to their historic properties – part of the Orient, including old schools, a church, and homes and businesses listed on the National Register of Historic Places – as well as a selection ever-changing events and exhibitions. Near the Cross Sound Ferry, Orient Beach State Park covers 363 acres and has 45,000 feet of beautiful bay with rare plants, wildlife and red cedar forest, as well as picnic tables, lodges, a playground, nature trails for hiking and biking, recreation and fishing programs. The Orient Long Beach Bar Lighthouse, or Bug Light, sits just off the tip of the park, and Plum Island – the inaccessible location of the government’s Animal Disease Center – is a short boat ride from Plum Gut.

In the town of Riverhead but beyond Riverhead (hamlet) itself, this trio of communities has many lovely spots. North, Hallockville State Park Preserve brings together 225 acres of woodland and nearly a mile of pristine beach on Long Island Sound, with hiking and birding opportunities. Nearby in Jamesport / Northville, Iron pier beach is quiet while having amenities, such as toilets, outdoor showers, snack bar, playground and pavilion. Its eponymous “iron pier” at Luce’s Landing was built in 1900 by farmers looking to ship their produce to New England, and it freezes beautifully in the winter. On the bay side, Jamesport South Beach has a kiosk, tennis and basketball courts, a picnic area, beach volleyball, a snack hut, toilets, boat launching ramps and, of course, from a swim. Meanwhile, Aquebogue is home to an assortment of outstanding businesses, such as North Fork Chocolate Company, Helen’s Flower Farm, Woodside Orchards Cider House, and all of the local wineries.

Also laden with vineyards, including Hargrave Vineyard – established as Long Island’s very first winery in 1973 – this small community is the home port of the Long Island Merlot Alliance. The Cutchogue-New Suffolk Historical Council honors the hamlet’s long history at many sites, such as the Old Cutchogue Burying Ground (1717), Old House (1649), Wickham Farmhouse (1704), Carriage House (1820), Red Barn ( 1890), Village Garage (1926) and Old Schoolhouse (1840) to name a few. It has excellent shops, art galleries and restaurants, and, according to The New York Times, Albert Einstein once called Cutchogue’s little Peconic Bay “the most beautiful boating ground I have ever seen”.

Seaside residential and agricultural communities with notable businesses, wineries, restaurants, antique shops and more, each of these hamlets has notable places or interesting fame. The two-room New Suffolk schoolhouse, for example, has been recognized as one of the smallest school districts in New York State. In Peconic, Peconic Dunes County Park offers great hiking and fishing on 36 acres of forest, stunning waterfront scenery, and Peconic 4-H Camp.

Bay lavender in Marion East is one of North Fork’s most unforgettable attractions. When flowers bloom in June and July, visitors find themselves in a sea of ​​purple made up of over 80,000 plants including 20 varieties of lavender on 15 acres of farmland. And it’s not just the visual beauty – the scented flowers will look amazing in photos, but the extraordinary aroma is something your Instagram followers can’t feel. Shop here for all kinds of lavender products, such as salt, essential oil, dried flowers, sachets and honey from their own beehives, among other treasures. They also have a farm in Calverton.

Open in Sudold since 1962, the Southold Indian Museum enlightened guests about the local tribes who lived in the area long before European settlers made their journey to the New World. The museum, under the tutelage of the Incorporated Long Island Chapter of the Archaeological Association of the State of New York, has a large collection of Native American artifacts on permanent display. See ancient tools, arrowheads, ornaments, the largest collection of Algonquin pottery, and many other finds at local sites. The museum is researching its artifacts and the populations that left them, and it will eventually serve as a valuable archaeological research library.

While in Southold, visit Einstein Square, celebrating the theoretical physicist’s stay in North Fork, which he called his “happiest summer ever,” with a bust and mural. Also in Southold, the Horton Point Light sits atop a 60 foot bluff overlooking Long Island Sound. Commissioned by George Washington in 1790 and built in 1857, the current lighthouse is only open to visitors seasonally, but the land is open year round.

This guide will help North Fork beginners get started exploring the upper half of the East End, but the area is changing and developing, and there is so much more to do. Take the time to dig deeper and see what you find!

Netflix is ​​here for the holidays 2021 Christmas movie schedule

Guide to tasting rooms and cellars

Natural Wine is the Most Favorable Beverage in Brooklyn, NY New Guide by Absolute…

What to do in the Ozarks region