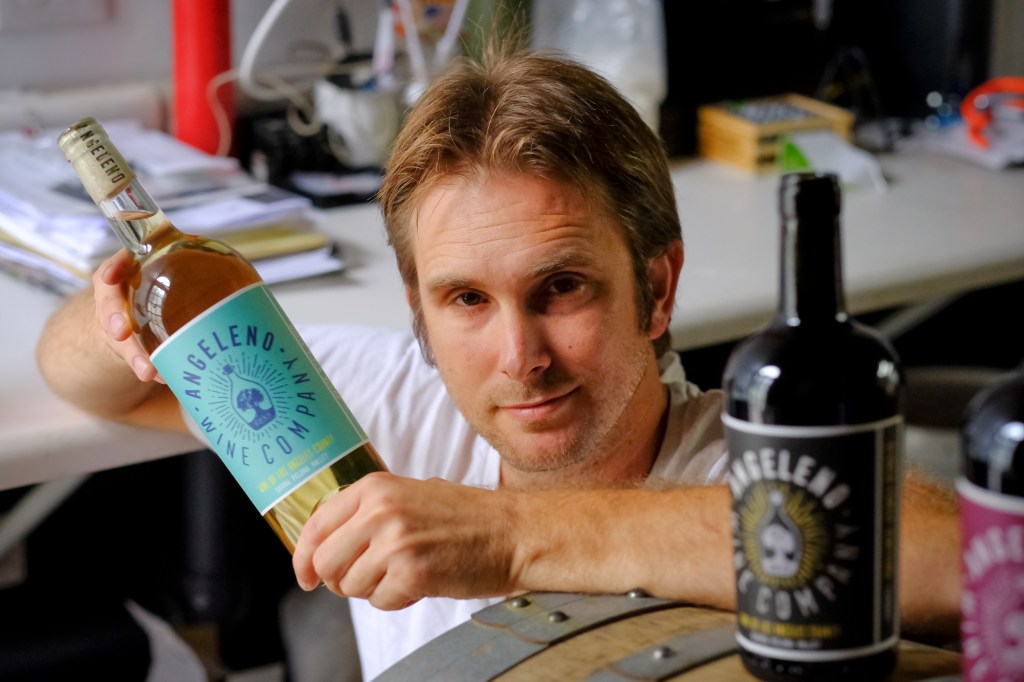 A new wine bar comes to the north end of Chinatown to serve glasses of house wine as it joins the revival of a decades-old tradition.

Less than a year after receiving its winemaking license from the city, Angeleno Wine Company is set to open its tasting room July 13 in a 1925 building at 1646 N. Spring St.

Using grapes harvested in northern Los Angeles County and produced on-site, the winery joins a dozen other licensed wineries within the city limits, including the oldest and best-known, San Antonio Winery, which is located less than a mile from Angeleno and has been producing wine there since 1917.

The grand opening party on July 13 will feature food trucks, music and of course wine, including new wines like a red and white SuperBloom and an Albariño.

While the new winery is surrounded by graffiti-covered buildings and gritty warehouses and a few trees growing on patches of dirt on old sidewalks, the area was once part of wine country and covered in vines.

However, prohibition and urban growth helped put an end to the thriving wine business, with only San Antonio surviving thanks to church ties that led to an exclusive deal with the Archdiocese of Los Angeles to sell wine. sacramental wine.

That’s why winemakers Jasper Dickson and Amy Luftig, owners of Angeleno Wine, wanted to help revive the tradition in the city.

But they are not the first to do so.

Besides San Antonio Winery, other newer establishments, which function primarily as tasting rooms, include the Pali Wine Company, also located downtown in the nearby Arts District, and the Blending Lab, which operates a tasting near The Grove while making wine in the Santa Clarita District.

If you are going to:

Everything you need to know before you go