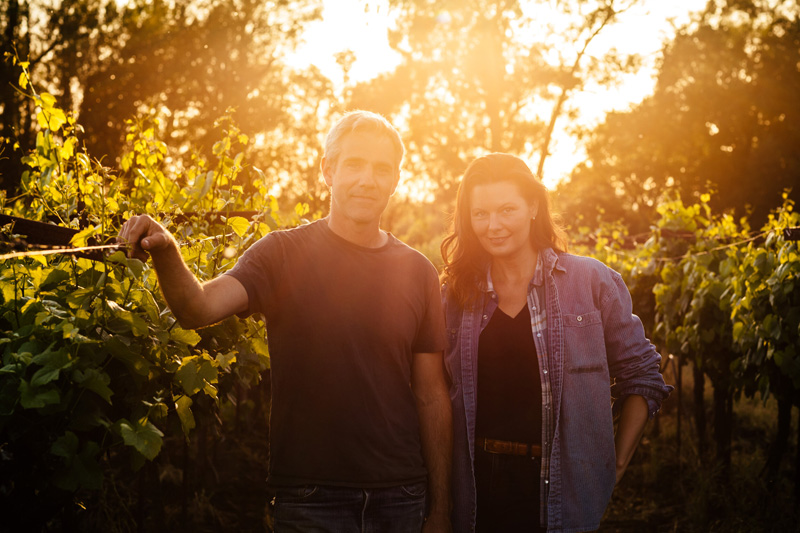 At the end of August, our summer drinking rituals – high SPFs and low ABVs – started to unravel. Our sensitivity to the millennial festive branding, at least in the context of canned rosÃ© and strong cider, seems (thank goodness) to have a limit.

So when fall arrives, most of us are more than ready to change gears. But to what, exactly? And what about the Whispering Angel case left over from the July family reunion? My advice: Save it for spring – you don’t want to waste the best wine-drinking season of the year by slowly depleting your unforgettable rosÃ© reserve.

To help ease your transition to more intentional drinking patterns, here are three wine categories that address some of the themes I’m personally exploring this fall.

In the summer of 2020, as forest fires ravaged northern California and many growers stopped him, Vinca Minor’s Jason Charles dreamed of apples. His fascination had been sparked on one of his regular trips – now through wisps of smoke – to 101 in Mendocino’s Redwood Valley, the region that supplied the majority of his grapes. At first it was simply the sheer volume of orchards along the road – a feature of the landscape he had previously overlooked. But what really interested him was the unique set of attributes of the fruit.

Apples are, well, a little silly. Compared to Vitis vinifera (the common vine), which transcribes every molecule of their environment into a complex set of flavors and textures, apples communicate very little about their environment. How mature an apple is can tell you how beautiful it is during the growing season – any other detail is left to the imagination.

Normally, this makes the grape the more convincing of the two fruits. But normally it wasn’t – and as he passed endless acres of smoke-devastated vineyards, Jason couldn’t help but wonder: could apples be wine’s answer. to climate change?

To find out, Jason launched Moonland, a project devoted exclusively to co-fermentation. The apples, grapes and pears, all from organic farming or fodder throughout the country of Mendocino, are mixed, either at the stage of fermentation or during blending, with the aim of exploring the no man’s land between cider and wine.

The results are delicious. But more importantly, they answer many questions that have been circulating in the natural wine community: Is it time to admit that the boundaries between cider, beer, and wine are all in our heads? How to break with our dependence on monoculture to make way for more biodiverse agricultural paradigms?

After seeing red wine transition to lighter, brighter styles in recent years, we are now seeing white wine embrace its dark side, ditching the pungent simplicity for more complicated, non-fruity tones. Sipping one can sometimes feel like burying itself in a pile of freshly raked leaves.

An unlikely hero of this story is Vermentino, a grape that most of us think of the sun-drenched Mediterranean. Yet here in the United States, Vermentino is being redefined as a brooding protagonist in an effort among California producers to make a serious white wine that is structured, worthy of aging and, most importantly, that isn’t. some Chardonnay.

For example, Keep Wines, part of Napa’s vibrant independent scene, sources organic vermentino from Windmill Vineyard in rural Yolo County. Owners Jack Roberts and Johanna Jensen manage to temper the vibes of the grape variety on the CÃ´te d’Azur by selling early and bottling late (after aging the wine for 18 months in neutral oak barrels). This provides an earthy and oxidative character, offset by a vibrancy that will surely outlive us all.

A swirling galaxy of roasted hazelnuts and wild fennel. The nearest California has managed to capture the supernatural and supernatural beauty of the Jura. 12.0 percent alcohol. Ninety cases produced.

If you’re looking for crisp, flavorful red wines this fall, one obvious place to look is at the top: Alpine wines have you covered. In fact, enjoying these wines is now easier than ever thanks to a handful of producers making exciting strides with alpine varieties like Trousseau, Poulsard and Teroldego right here in the United States. Brands to look for include Iruai, Cole Ranch, Ruth Lewandoski, and Idlewild. .

But you don’t necessarily have to worry about all those crampons and carabiners. More and more, winemakers are taking advantage of traditional grape varieties like Pinot Noir and Syrah to achieve those high herbal notes.

One of those producers is Tim Sakhuja, who founded the small Berkeley-based Toshokan winery in 2020. Tim and his partner, Ayaka Nonaka, see winemaking as an act of conservation (Toshokan means library in Japanese), with each wine serving testimony of a specific place and time. Because Tim and Ayaka grew up during the New California wine movement, which started to gain momentum in 2013, their benchmarks are largely domestic (unlike previous generations, which looked to Europe. ). As a result, Toshokan wines feel refreshing and confident, evoking a free spirit of creativity and craftsmanship rooted in the here and now.

The Michelin Guide announces the BEST restaurants in Moscow