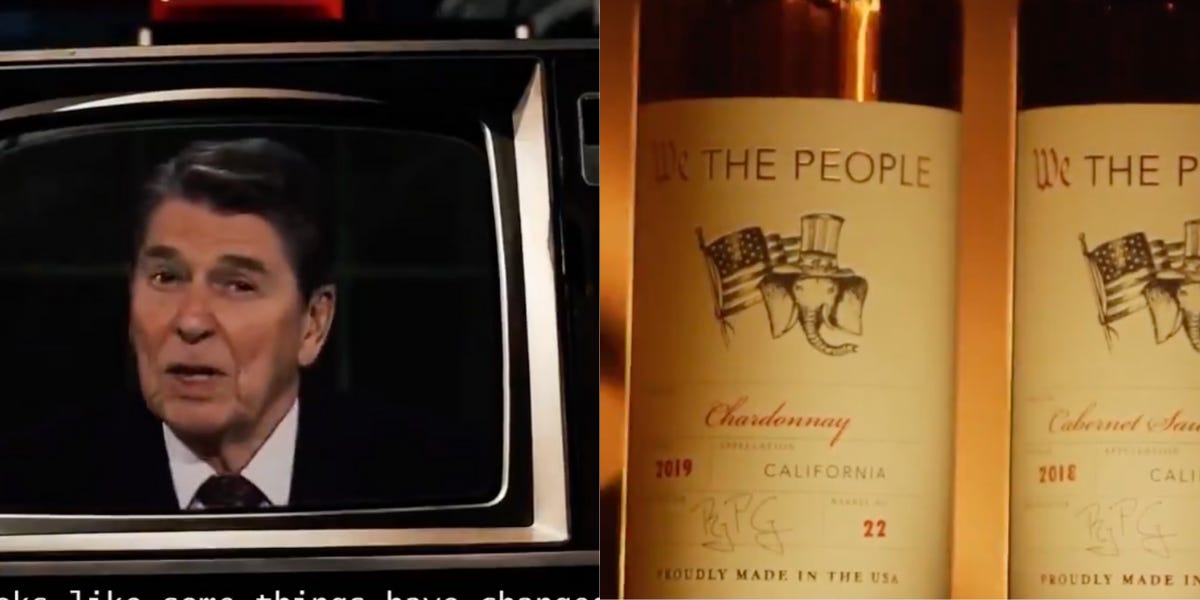 In an ad featuring the voice of former President Ronald Reagan, a self-proclaimed conservative wine company uses clips from recent protests, statements from politicians and TV hosts, as well as video footage from Dr Martin Luther King Jr. to promote its Cabernet and Chardonnay.

Some people on Twitter, who saw the retweeted ad, was shocked to learn that it was a wine ad. Others, who have seen the video shared by the brand, rallied to his messaging.

“Our nation and our freedom are under attack by our fellow Americans,” the company wrote in a tweet promoting its advertisement. â€œTHEY claim America was ‘never great.’ THEY demand that we stand in line and be silent. WE the people are begging to delayâ€¦ and we are here to celebrate, defend and fight for our freedom with “We the People Wines”. “

The company calls itself “an American brand for conservative values” on its website and represents “American exceptionalism, free markets, free people, free speech and limited government.”

“I warn of an eradication of American memory which could lead to an erosion of the American spirit,” Reagan’s voice says as clips scroll across the screen showing someone holding an American flag and receiving a blow fists in the face, an aerial shot of “Black Lives Matter” painted yellow in a street, and sportsmen kneeling during the national anthem.

Between Reagan’s sentences, the ad also shows clips of Democratic Governor Andrew Cuomo of New York City and a staunch Democratic supporter of Black Lives Matter and the movement to fund the police, Sunny Hostin, who is co-host of the ABC’s “The View” show.

â€œWe need to do a better job of making it clear that America is freedom,â€ the audio continues over shots of Jackie Robinson hitting a baseball. “And freedom is special and rare.”

Reagan can then be heard saying, “We the people are free”, before the commercial flashes on images of the Olympics, a rocket launch, an army salute and the Statue of Liberty. Freedom, among others. Then it ends with pictures of the wine.

According to the company’s website, “a portion of the profits from every sale goes directly to supporting causes that reflect the values â€‹â€‹our community stands for.” The company’s Twitter bio indicates that some profits go directly to conservative political candidates.

We The People Wine did not immediately respond to Insider’s request for comment.

The best wine tours in Canberra