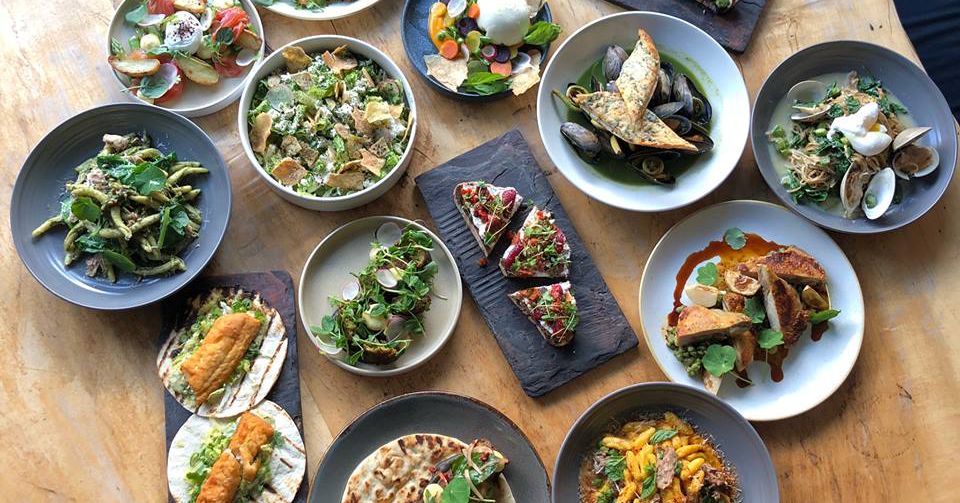 A busy summer of restaurant openings has come to an end, and despite the transportation authority throwing a wrench into Bostonians’ daily commutes, exciting new restaurant and bar openings on the horizon could hopefully- the, appease the gloomy spirits of the inhabitants. Many fun and long-awaited new projects are springing up in Greater Boston this fall. Here’s what to expect in late September and beyond.

A new Italian restaurant by former Tres Gatos chef Luke Fetbroth and Hojoko chef Claire Makley is set to open in early fall in the former Little Dipper space in Jamaica Plain. Tonino is meant to serve as a neighborhood restaurant, using local ingredients while highlighting Italian classics, such as fresh pasta, Sicilian-style pizza, and more.

This highly anticipated restaurant that showcases global cuisine is in the home stretch, says managing partner Biplaw Rai. Although the space is still under construction at the moment, Rai hopes his cafe and restaurant will welcome customers the first week of October. Guests will take a world tour through the prism of the African diaspora with innovative traditional dishes.

Birds of Paradise, a cocktail lounge on the theme of air travel, will open in a few weeks; hopefully early October, says owner Ran Duan. This new bar will become the newest tenant to move into the Speedway, joining a host of popular dining destinations including a sake bar, South American wine bar and deli, brewery and more.

The folks behind Malden’s popular Chinese restaurant, District Kitchen, are bringing a new fried chicken restaurant to town. The restaurant will take a space that was once a Dunkin’ and transform it into a place of vibrancy and high energy, owner Stacey Zhang said. In addition to fried chicken, she hopes to feature popular items at state fairs, such as fried Oreos, barbecued pulled pork sandwiches and mozzarella cheese corn dogs.

A new restaurant featuring local seafood is set to open at the former location of the Island Creek Oyster Bar in Kenmore. It will be the second of three installments in Boston by the Blue Ribbon Group of New York, which owns restaurants in New York, Los Angeles and beyond. The menu will draw inspiration from coastal cuisine from around the world, from southern Spain to Argentina, with a ceviche bar and elaborate cocktails.

Charlestown is getting a counter-service Italian restaurant in October. Johnny Pomodoro’s is the brainchild of celebrity chef Johnny Burke, owner of Johnny’s Takeaway in West Roxbury. After a successful run with a pop-up named Johnny Pomodoro, which was his take on old-school red sauce Italian, Burke decided to expand the idea into a full restaurant. The menu will include everything from family meals of chicken parmesan and pomodoro pasta to garlic knots and chocolate chip cookies.

The Seaport is adding a new waterfront restaurant inside the St Regis Residences, a luxury condominium currently under construction. Its menu will include a range of comforting classics, bistro favorites and local seafood, as well as an extensive wine and cocktail list. The two-story space will offer seasonal outdoor seating and a terrace that overlooks Boston Harbor.

Originally slated for late August, Boston’s “first true Neapolitan cafe” next to North Station will import about 90% of its food products from Italy. Owner Vittorio Wurzburger hails from Naples, where his family has been roasting coffee since the late 19th century. At Kicco, he will serve Italian cakes, pastries and other baked goods such as pistachio croissants; focaccia, pizza and sandwiches; and a variety of espresso drinks.

Tex Mex-style food truck Across the Border is opening a permanent restaurant in Jamaica Plain. Serving a variety of tacos and burritos that stick to traditional roots but with a modern twist, the company is known for using ingredients like Cheetos, Doritos, and Fritos. It also offers a vegetarian and vegan menu. The new restaurant will occupy the former space owned by Pikalo, who moved to the block.

Inman Square mainstay Puritan & Company will add a seafood-focused restaurant next door in November. The Puritan Oyster Bar will serve oysters, of course, along with a variety of other raw and cooked seafood dishes: Watch for tuna carpaccio, hot buttered lobster toast, and more.

A wine cruise around the Greek islands | Travel