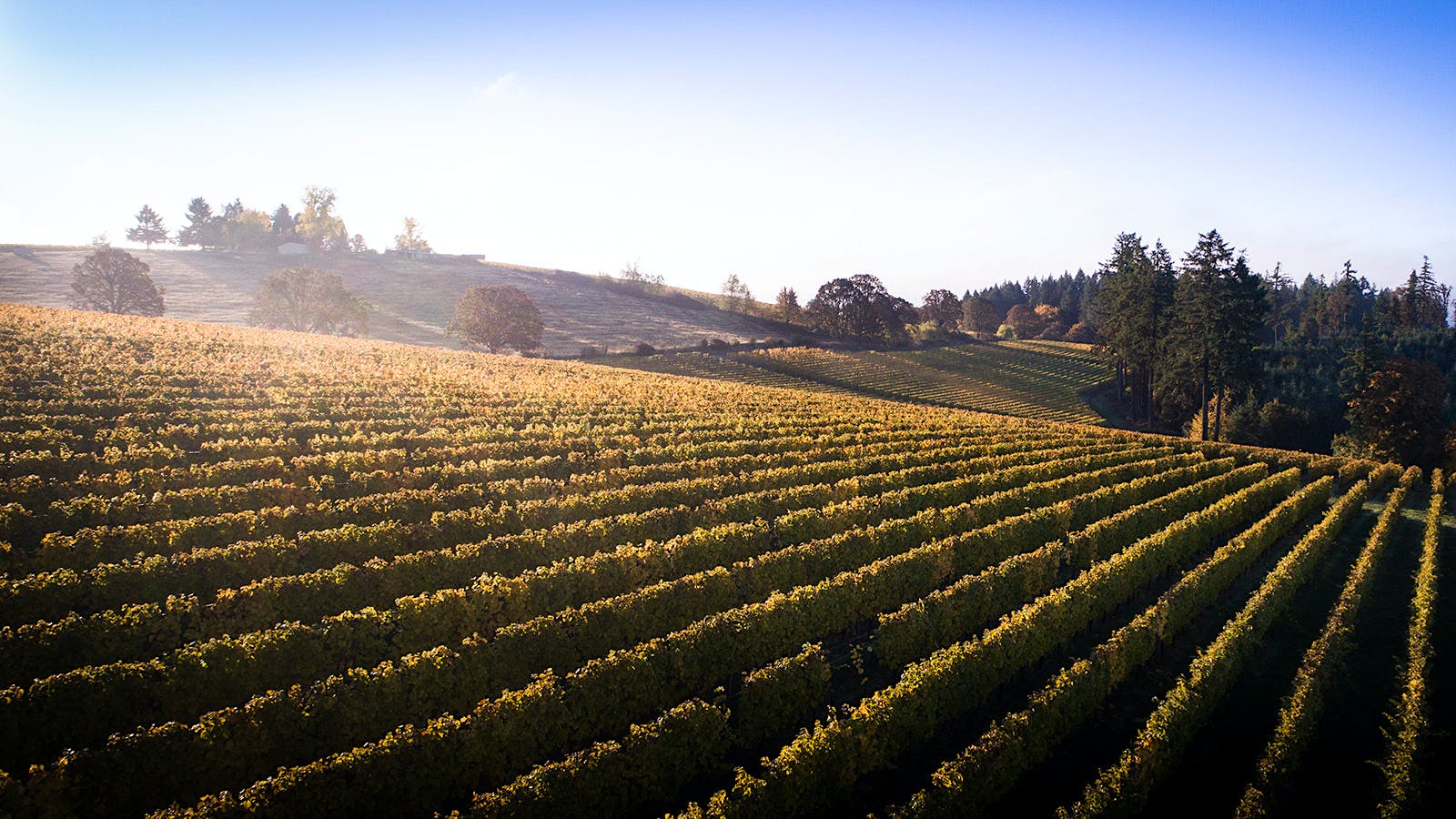 For his next wine project, filmmaker-turned-winemaker Francis Ford Coppola is looking to Oregon’s Willamette Valley. His wine company, The Family Coppola, buys Vista Hills Vineyard, in the Dundee Hills sub-appellation, from the McClintock and McDaniel families. The sale includes the 42-acre Vista Hill vineyard, planted with pinot noir, chardonnay and pinot gris, as well as the Treehouse tasting room, but not the Vista Hills brand.

Coppola plans to launch a new Pinot Noir-focused brand on the site. Vista Hills winemaker Dave Petterson joins The Family Coppola and will produce wines for the new label. The selling price has not been disclosed.

The team at The Family Coppola, parent company of Francis Ford Coppola Winery, Virginia Dare Winery and American Pioneer Winegrowers, had been looking for a property in Oregon for several years but wanted to find an area where the family could create their own brand. “Francis loves the property and the tasting room, and the bones of it,” said Corey Beck, CEO and Chief Winemaker of The Family Coppola. wine spectator.

The McClintock and McDaniel families will no longer be involved with the winery but will retain a residence on the property. “They really thought about who was going to buy the winery,” Petterson said. “They cared about finding a buyer who didn’t have the idea of ​​building a giant brand.”

Founders John and Nancy McClintock purchased 20 acres of land and an old farmhouse atop the Dundee Hills in 1995. Two years later they planted Pinot Gris and eventually expanded the vineyard to 42 acres, adding Pinot Noir and Chardonnay vines. The McClintocks’ daughter and her husband, Cristy and David McDaniel, managed the estate.

The deal comes as Vista Hill finishes harvesting and the Coppolas will use the grapes for their planned brand in Oregon. Branding details will be announced later this year. Beck says the label will focus on pinot noir from different blocks and clones. They will also produce a Pinot Gris and a Chardonnay. Vista Hills will not produce any wine from the 2018 vintage, but the McClintocks will retain the brand and may produce a small amount of personal wine.

The company does not plan to make any major changes to the domain. He is redecorating the tasting room and adding memorabilia from Coppola’s films. But he will not build a winery on the property and will continue to produce the wines in a separate facility. Vista Hills produced nearly 7,600 cases of wine a year and sold some of its grapes to other wineries including Soter, Dobbes Family Estate and Elizabeth Chambers. In the future, the company will no longer sell the grapes, which will allow the estate to expand its production to 10,000 cases per year. The Coppola family currently has an annual production of over 200,000 cases per year, across their brands.

This is The Family Coppola’s first foray into Oregon, expanding its already sizable California wine businesses. They join a growing list of California wineries that have recently invested in Oregon’s Willamette Valley, including Jackson Family Wines and Foley Family Wines.

Beck says the Coppola family may consider buying other Oregon properties, but want to make a footprint in the area first. “We weren’t just going to buy a property to say we’re here,” Beck said. “It has to be the right fit and the right feel.”