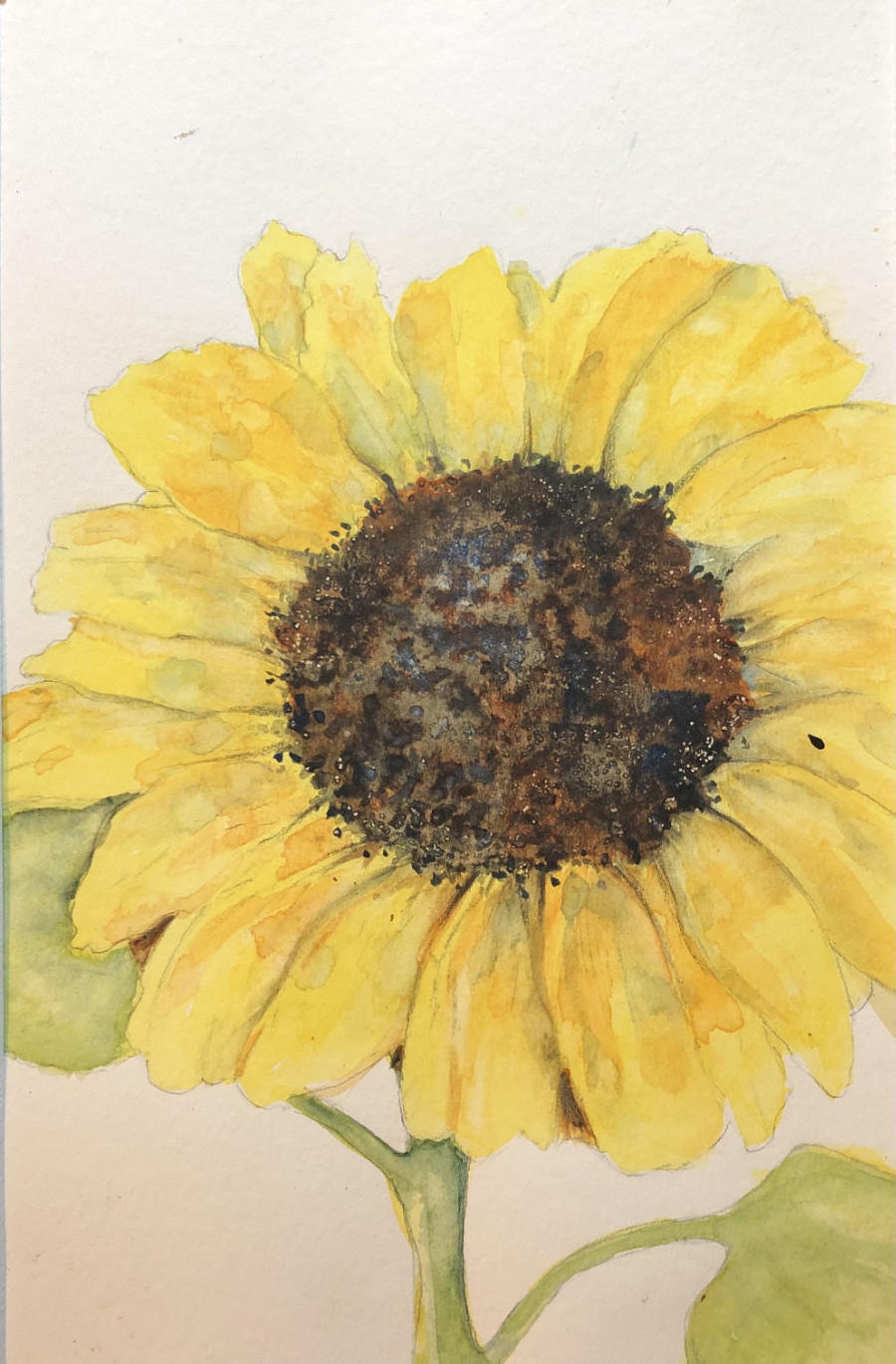 Sally and Douglas Stansfield had already fallen in love with Huron before moving from New Jersey 18 months ago, even though they had never set foot in South Dakota before.

“My husband was watching these videos and said it reminded me of growing up when I was little,” she said. “He fell in love with Huron before we even got here.”

The videos can be found on YouTube by searching “Fillopino and Dakota”.

Stansfield, a British artist, will give a watercolor class on Friday from 5-7 p.m. at the East River Nursery. The event will include wine samples from Huron’s newest winery, The Cornerpost Grapefarm and Winehouse.

Space is limited with only 10 places available. Call the nursery at 605-352-4414 to reserve your spot. The fee covers all necessary supplies.

Stansfield grew up in south London and came to the United States in 1988 on an exchange program. “That year, I had an encounter with God. I met Jesus. I became a born-again Christian that year,” she said. “I went home that summer and came back the following year to go to Bible college.”

It was then that she met Douglas Stansfield, and her plans to enter the mission field were superseded by a husband and eight children. Three of their children will be attending Huron High School this fall.

“I kept telling him that we were just friends, that I’m going on a mission,” she said. “He said I had enough friends. If you don’t go out with me, I won’t be your friend anymore. So we got married.

They lived in New Jersey for 30 years, where she homeschooled her children and gave art lessons, before packing up to move to Huron – unbeknownst – to start a new life.

“I had never been to South Dakota,” Stansfield said. “I once had an adventure across the Atlantic, how bad could that be? With what’s going on in the world, it’s a really good place to be,” she added.

“I love it,” she enthuses. “There is a nice community atmosphere and there is a golf course. We love golf. We had eight children and golf had to be abandoned for 28 years. I homeschooled them through high school. Now we only have three here and they’ll all be in high school, so I can finally play golf again.

While in New Jersey, she created an art program for local homeschoolers and developed classes for adults and seniors in nursing homes. “I say I teach people from 5 to 95,” Stansfield said. “I like to share my passion with people and have fun too. Art should be fun.

Stansfield said she learned teaching styles and drawing techniques that can be taught gradually, much like starting piano lessons by learning scales first and building skills from there.

“When people have the basic skills, the techniques, they can really have fun,” she said.
Stansfield said that when her daughter was 10, she enrolled her in a fine arts class for homeschoolers, where the teacher held up the picture her daughter was making and told the class that that was the wrong way to draw a pumpkin. .

“She never drew or painted again,” said Stansfield, who said that was what prompted her to develop her own curriculum to teach the basics of art. “I thought that after that, no one would teach my child art.”

Stansfield remembers a woman she taught who broke down in tears when her work was praised. “She was in her 60s, sitting there with tears streaming down her face,” she said. “Forty years earlier, a teacher in an elective art class had told her she was terrible. She carried that burden with her all these years.

“I realized that anyone can learn to draw and paint,” Stansfield said. “I teach gradually, I hold their hand, they take small steps towards learning.”

Stansfield said she has been looking for places to teach art since moving to Huron 18 months ago. She was surprised when she discovered that most schools in this area did not offer formal art classes for students.

“Every school in New Jersey had an art program and there are schools that have nothing here,” she said. “I’m just blown away.

“I would love to do more classes at places in Huron,” she said. “If any other business owners are interested in hosting an arts night, I would love to hear from them.

“No artistic experience or skill is necessary,” Stansfield added. “It’s for the faint of heart – don’t think they can paint people.”

Wine Tasting and Vineyard Tours in Norfolk and Suffolk