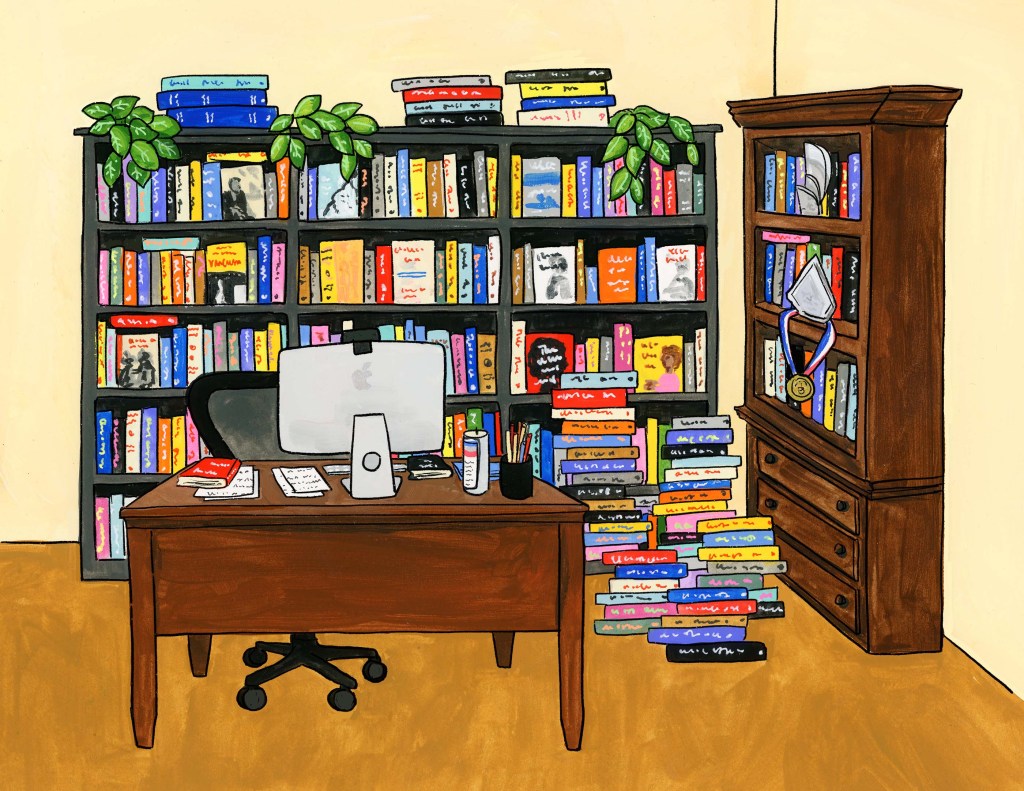 New ‘Bibliophile’ Shines a Light on Various Authors in a Colorful, Detail-Obsessed Guide

That artist Jane Mount and bookseller Jamise Harper, who live in different parts of the country and operate in totally different circles, one day meet, let alone collaborate on a book, is a most compelling storyline.

The couple, co-authors of “Bibliophile: Diverse Spines” (Chronicle Books), have yet to meet in person, although they spent the last year researching and writing the ultimate pick-me-up. up-and-thumb-through book about authors, titles, bookstores and everything about books involving marginalized authors and booksellers.

â€œWe did it all through Zoom and Google Chat, emails and phone calls,â€ says Mount, â€œbut you’d never know. It couldn’t have been better.â€

â€œDiverse Spinesâ€ is the sequel to Mount’s first book, â€œBibliophile: An Illustrated Miscellany,â€ an irresistibly colorful 2018 collection of authors, anecdotes and details. Both books are illustrated with distinctive Mount artwork featuring book covers and stacks of books showing their spines.

The original book was the result of Mount’s artwork and love of books. At the time, she and her husband lived in a small Manhattan apartment, where her art “studio” also served as a kitchen table and office. Instead of painting the large figurative canvases for which she was known, Mount had to reduce the medium she had chosen.

â€œOne day I was sitting at the table with a blank sheet of paper in front of me,â€ recalls Mount, â€œand I had to draw something so that it wasn’t blank.

She started to draw her library, to draw the books and their titles. Her husband’s friend stopped, saw the four or so drawings she had made, and was intrigued. He offered to buy them on the spot.

â€œI was like, ‘Hey, maybe there’s something in there,’â€ said Mount.

She started drawing the shelves of friends, then decided to go more anthropological – her specialization in college – by having her friends select their favorite books for the project, an exercise that provided insight into their lives. and their personality. When she started posting the results on Instagram, the project took off. Paintings, engravings, and personalized mugs quickly followed. And that’s how Mount and Harper finally connected.

“Curious George” was Harper’s first love. She remembers the feel of the book, the weight in her hands and, most importantly, the story. This feeling of admiration for the storytelling never wavered. As an adult, she did book and wine reviews for her family and friends on Instagram and set up her shelves in the same vein. Some of her most recent favorite reads – “The Love Songs of WEB Du Bois”, “Unbound” by Tarana Burk, “How the Word Is Passed” by Clint Smith and “My Monticello” by Jocelyn Nicole Johnson – are lying on a shelf. just above some of his favorite wines. Among them: Black Girl Magic RosÃ© from McBride Sisters, a Chaos Theory red blend from Brown Estate and a rosÃ© from Michael Lavelle Winery.

When her sister suggested that she share her observations with the world, Harper created the hashtag #spinesvines and became Bookstagrammer, an Instagrammer inspired by books.

The worlds of Harper and Mount intersected when Harper’s son ordered a Christmas present, a Mount Mug with some of his mother’s favorite book titles. Harper gushed about it on Instagram. Mount saw the post and checked Harper’s Book Recommendations. And each started to follow the other.

It might have ended there, but last year Mount started talking with his publisher about a new â€œbibliophileâ€ title. As they exchanged ideas, a theme caught their attention.

â€œI said I’d like to do one on how to read in a more diverse way,â€ says Mount, â€œbut I wanted to work with someone. I immediately thought of Jamise. She was already working there, getting people to read books written by women from all walks of life. I thought she would be perfect.

Mount sent him a DM: â€œHey, have you ever thought about co-writing a book? “

Convinced that Mount had accidentally sent a DM to the wrong Bookstagrammer, Harper replied, â€œAre you sure you have the right person?

Mount was very sure.

With the COVID outbreak, there would be no face-to-face meetings. Mount lived in Hawaii, isolated in a bungalow. Harper was in Washington, DC So they burned down the phone lines and Wi-Fi as they laid out the chapters and shared the work, choosing topics and authors. Harper, who loves historical fiction and poetry, volunteered to write them; Mount took the kitchen and the illustrators, and they divided the rest.

Both women say it was important for them to feature these authors and titles, to celebrate great writing that transcends race, ethnicity and sexuality, highlighting the differences but more importantly, the similarities we share.

â€œFor a long time the stories have been there,â€ says Harper, â€œbut they have been overlooked, not marketed or promoted. Writers have always told these stories. We want people to step out of their comfort zone and diversify their shelves. When they do, they open up the space for compassion. People are so focused on our differences, but I guarantee you will find something that you can relate to.

The book even showed Mount, who thinks she already reads a wide range of authors, that there is so much more out there.

â€œA book is a little empathy machine,â€ says Mount. â€œIt’s amazing how you can walk into someone else’s life, and it can be very different from yours, but it broadens your mindset. The purpose of a book is to leave its own reality to enter that of another. Reading diversity makes you realize how different we can be, but how the same at heart we can be. It makes you feel a sense of belonging. This is what we are looking for.