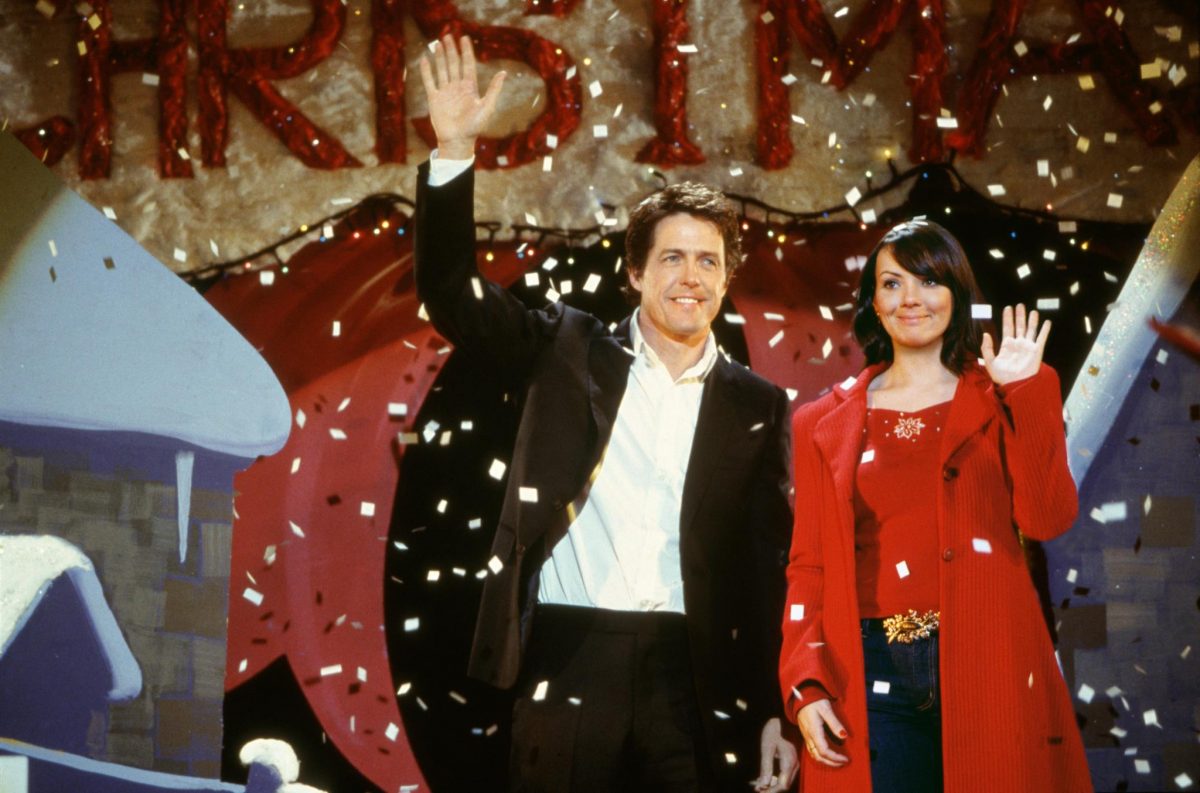 Only five days in December and love in fact is currently one of the top trending films in the UK on netflix. To start the festivities The Wine Events Society brought us the holiday classic, with a selection of five wines perfect for Christmas. This event was also accompanied by some cinematographic anecdotes and an introduction to wine tasting like a professional.

With an audience consisting of a mix of those who watch the film every year and complete newcomers, it was the perfect event to get us in the party mood and grab a drink during the day. Falling into the latter newcomer category myself, I mistakenly thought this was a “fun for the whole family” type of film. With an abundance of adult humor, the 15+ age rating was appropriate to say the least.

For those who haven’t watched the movie yet, a brief overview is as follows. love in fact follows the lives of several couples, couples-to-be, and newlyweds as they navigate their way through the holiday season. The romantic comedy deals with themes such as loss and infidelity, but especially love and the joy of Christmas. All of this is complemented by a star-studded cast including the likes of Hugh Grant, Keira Knightly, Laura Linney, Colin Firth, Liam Neeson and Emma Thompson.

The film was stopped at perfect intervals to serve wine and Christmas treats. We started with a glass of Cava before indulging in a white wine and two reds; one of which was perfectly paired with cheese. We finished with a sweet sherry, otherwise known as “Christmas in a glass”, accompanied by minced pie. The sherry in question, Pedro Ximenez Triana Hidalgo Sherry, is in fact one of sweetest wines in the world.

Without going into spoilers, some interesting trivia presented at the event was that Hugh Grant originally didn’t want to portray his role as Prime Minister in a comedic way. He would rather have portrayed his character in a more serious way and didn’t want to do the dance scene that many have come to love. However, it wasn’t until after filming that Grant loved the scene so much that he couldn’t stop dancing to it during editing.

This event really got me in the mood for the upcoming holiday season. The narrator was fun, charming with perfect Christmas spirit and the auditorium was constantly filled with laughter. A nice twist on traditional trips to the movies. Although it was a perfect festive treat, The Wine Events company organizes screenings all year round. Past events have included High Firearm, dirty dance and Back to the future. Now all I have to do is watch the sequel to Red Nose Day.

For more party fun, check out these articles from Redbrick Film: