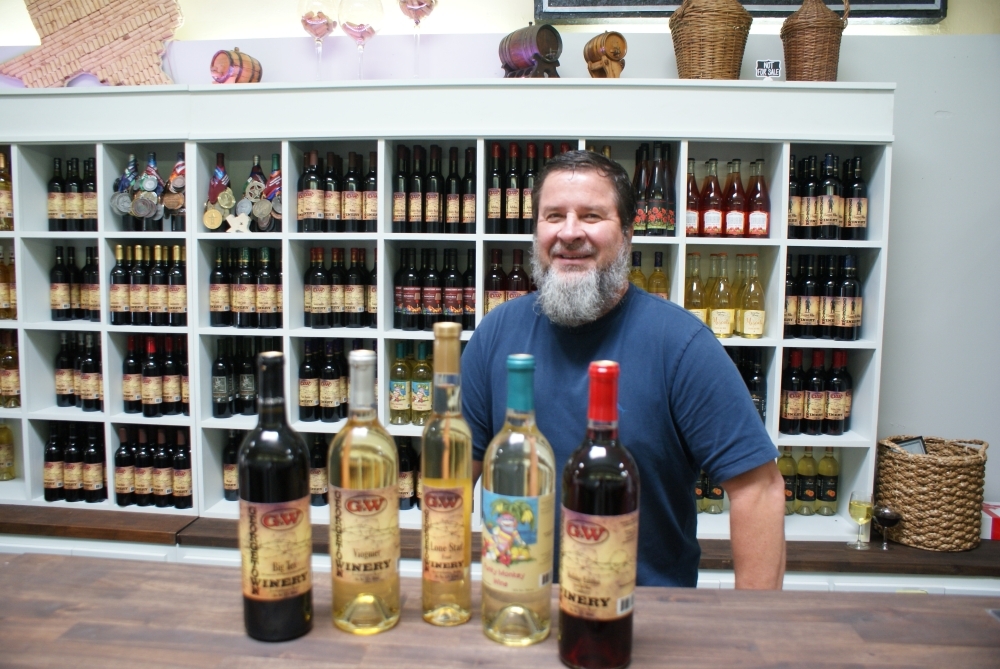 Stalwart wine tasting room in the square gets an update

As they get closer to 17 years in the plaza, Georgetown Winery owners Dan and Becca Marek have decided to give their tasting room – and their old production facility – a facelift this year.

Now almost complete, save for a few finishing touches, the tasting room has doubled its capacity from 30 to 60 seats with a row of six-seat elevated booths now lining the right side of the room opposite the reconfigured bar. At this bar, guests can select a flight of four wines, from a list of over 30 wines, ranging from drier reds and whites to a range of fruit wines and desserts.

â€œI grew up making wine with my dad,â€ Marek said. â€œI learned to make sweet and fruity wines and dessert wines with him. So when I got into the business, I had to take courses to learn how to do whites and reds.

While he started making wine as a hobby, Marek’s wines have steadily won awards since 2008. This year, the Lone Star International Wine Competition awarded five medals to Georgetown Winery, including the Grand Star Award for his Funky Monkey Pineapple wine, one of eight. wines to win this honor among more than 700 participants – and a wine more in line with those with sweet fruits that he prepared with his father.

In the first few years after the Mareks’ decision to switch from hobby to commerce in 2004, the tasting room in the square shared its space with the production equipment that filled most of the rear of the building. .

Within a few years, demand forced a move to a larger production facility near Georgetown Airport before relocating permanently to an 18,000 square foot space in Liberty Hill that it shares with a few other Marek businesses, Thirsty Mule Winery and the Schitz Creek Distillery.

They also have 8 acres of grapes, including Cabernet Sauvignon, Chambourcin and Lenoir, a dark-skinned grape native to Texas, as part of its mission to use as many Texas grapes as possible in its production. Georgetown Winery’s main vineyard is located in Rockdale, Texas.