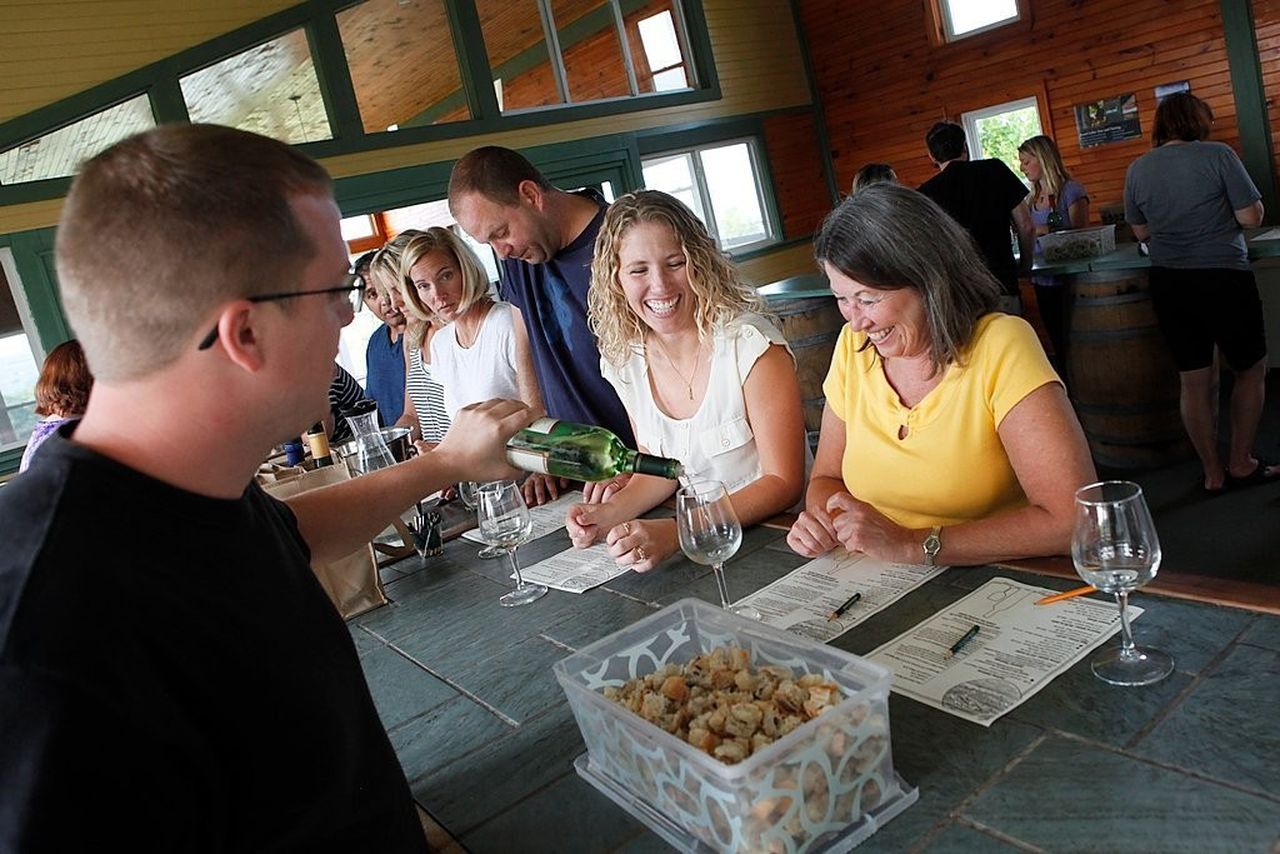 One of the joys of living in central New York City is the easy access to vineyards and wine routes. A glass of local Riesling or a bottle of local Pinot Noir is a short drive away, especially on a beautiful summer day.

Of course, everyone is familiar with the Finger Lakes, which is an area large enough to offer several different options for a day. But there are other directions you can go for wine.

Here’s a look at a few suggested destinations, starting with a few subsections of the Finger Lakes:

The “banana belt:” This section of Route 414 from Lodi to Watkins Glen probably has the densest concentration of vineyards in the Finger Lakes. There can be many reasons, but it is reported that the average temperature here is 1 degree higher than in the rest of the region – hence the nickname “banana belt”. Does this make the wine better? That’s certainly plenty of wineries – and some of the area’s best-known restaurants, as well as a number of breweries and distilleries.

The “quiet corner”. Closer to Syracuse, the eastern shore of Cayuga Lake is less populated with vineyards, but the drive along Highway 90 includes the villages of Union Springs, Aurora, and King Ferry, with great scenery and parks.

The suburban tour: You can find vineyards without leaving the Syracuse suburbs (or Onondaga County). For some, in Skaneateles and Cazenovia you can still drive across the country and enjoy some pretty views. Others trade this for convenient access.

The Thousand Islands trek: You might think of the Thousand Islands as the place to find shoreline cabins, good fishing, boat trips, and the famous Boldt Castle. But it is also the place to find wines made from grapes “resistant to cold”. How cold? The vineyards of Finger Lakes typically produce grapes that can withstand minimum winter temperatures of minus 10 degrees. In the North of the country, they must withstand temperatures of minus 40. The grape varieties include Frontenac, Marquette and La Crescent.

Don Cazentre writes on craft beer, wine, spirits and beverages for NYup.com, syracuse.com and The Post-Standard. Reach it at [email protected], or follow him on NYup.com, to Twitter Where Facebook.