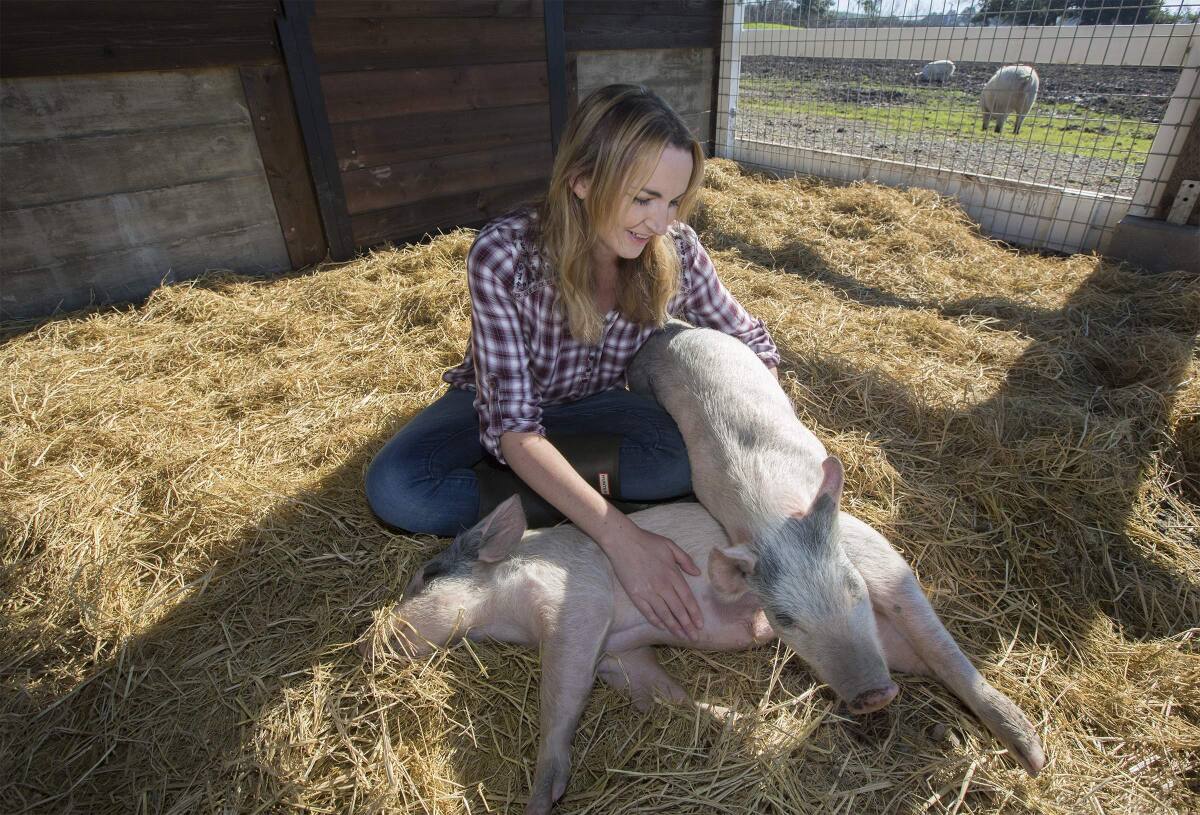 After La Belle Vie owner and wine tour director Michelle Rulmont went vegan in January 2018, she did some research to find out which local wineries are vegan. She was surprised to learn that many wines use substances of animal origin during the filtering process.

Rulmont’s tour is designed for animal lovers and vegans, but she says you don’t have to be to enjoy the experience either.

‘La vie est belle’ is a French expression which means that life is beautiful.

The tour begins in downtown Sonoma, where guests board a Mercedes Sprinter van to visit Charlie’s Acres Wildlife Sanctuary in the Sonoma Valley. During the hour-long guided tour, visitors encounter rescued goats, cows, horses, chickens, turkeys, ducks and pigs. After getting to know the animals, the tour stops for wine tasting at two local vegan wineries, along with a vegan lunch and wine tasting in a garden.

Along the way, guests learn about other vegan options in the Sonoma Valley area.

The six-hour escape starts at 10 a.m. and ends near the plaza around 4 p.m. The tour can accommodate up to seven people.

Rulmont and her husband Marc founded the company in 2017, but vegan tours are new. www.labellevietours.com.