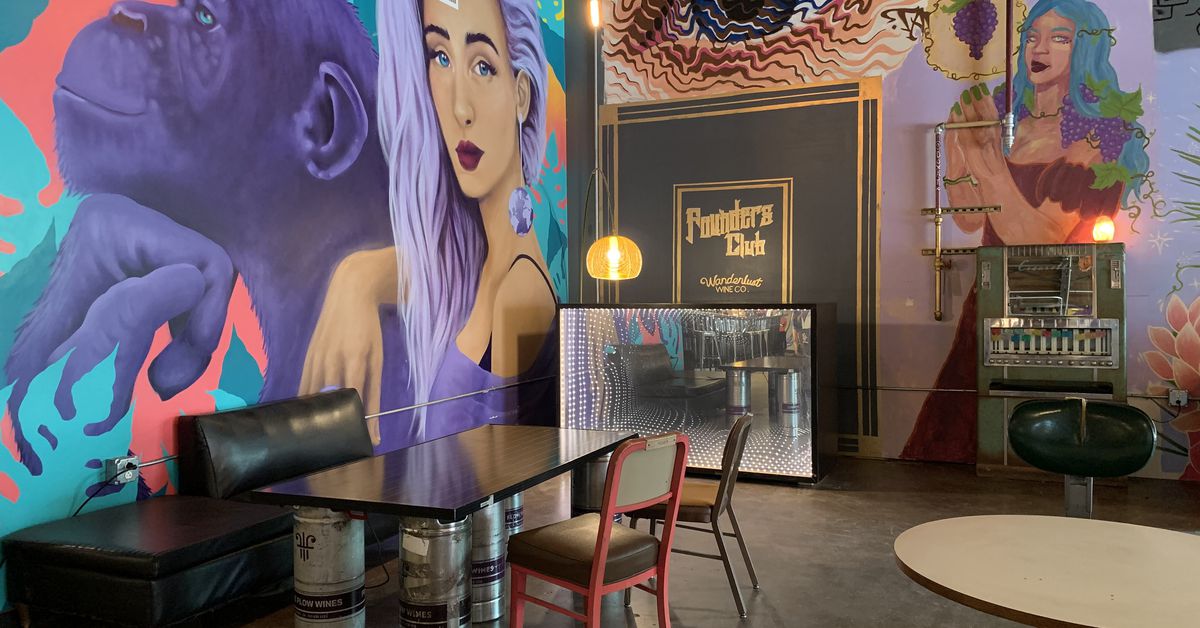 Austin Wanderlust Wine Company’s downtown wine bar, with 80 wines on tap, is opening a second location in the Govalle neighborhood of East Austin. It took over a location once owned by another Infinite Monkey Theorum winery at 702 Shady Lane, and it opened on July 19.

Wanderlust’s second location is very similar to the first: around 80 kinds of wine on draft, many of which are pourable. There will be a couple of food trucks on site, with details of those coming soon.

Wanderlust takes over the half-acre property with 13,000 square feet of space vacated by Infinite Monkey Theorem in May 2020. (Denver-based Infinite Monkey Theorem opened at South Congress in 2015 before moving to Shady Lane in 2019, but has no plans to return to Austin). Guests can also roam freely with drinks and food between Wanderlust and the land next door, which will soon be a roaster with beer, coffee, and cocktails, with coffee from local Progress Coffee roasters. Owner Sammy Lam is hoping to expand this to neighboring Hi-Sign Brewing properties and the upcoming Holiday on 7th cocktail bar.

Wanderlust opened in April 2020 with take-out and online wine classes. The bar was able to revert to Lam’s original self-service wine plan in May 2020. Lam still hopes to produce his own wine, although those plans have been delayed to focus on bars. To help with projects such as wine production, Wanderlust recently offered a Founders Club, where members receive a free glass of wine each day.

Wanderlust is initially open from 3 p.m. to 9 p.m., with hopes of extending hours by mid-September.