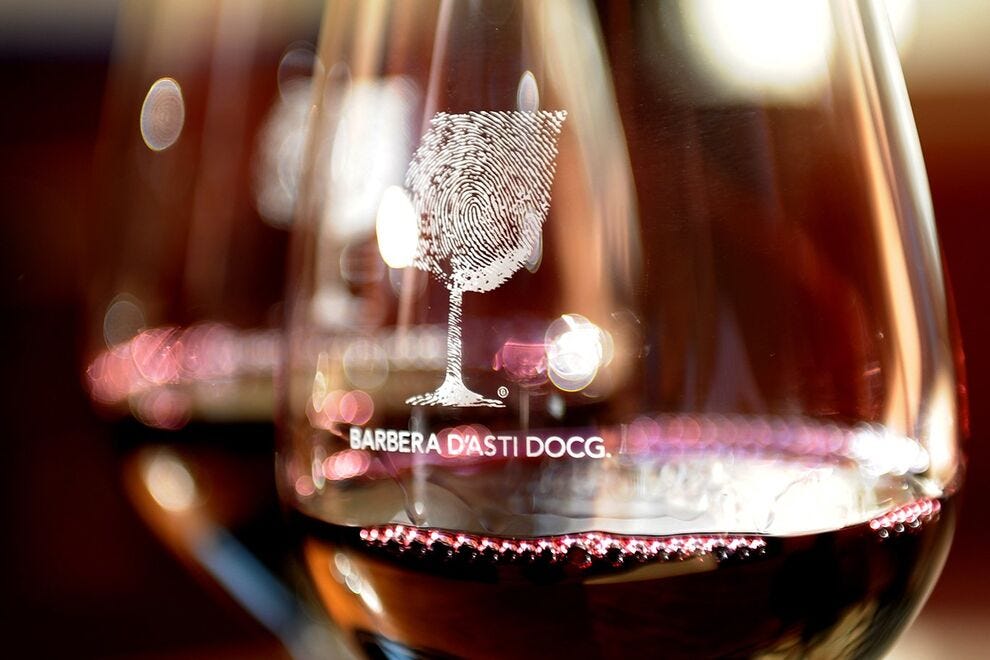 What is Barbera d’Asti wine? Here is a quick guide

It’s no secret that Piedmont produces some of the best wines in Italy, if not the world. This landlocked region neighboring France is particularly renowned for Barolo and Barbaresco, tannic reds made from Nebbiolo grapes in and around Monferrato. Fittingly, Monferrato serves as the backdrop to another beloved Piedmontese “B”: Barbera.

The garnet-tinged Nebbiolo wine exhibits rose and cherry flavors that become more complex and leathery with age, while the ruby ​​Barbera displays noticeably more acidity and less tannin, combining notes of bright red fruit with herbaceous notes. The result: A rounder style of wine compared to its local vitis counterpart.

In Monferrato, one of the loudest expressions of the grape comes from the Barbera d’Asti DOCG (“Denominazione di Origine Controllata e Garantita” meaning that the product has a guaranteed and controlled designation of origin). AOC (“Denominazione di Origine Controllata” or controlled designation of origin) since 1970, it was promoted to DOCG status in 2008.

The denomination currently has 300 hectares of hills spread over 167 municipalities in nine production areas in the provinces of Asti and Alessandria; its Nice sub-zone obtained its own DOCG in 2014.

Although harvested in Italy, barbera flourishes in Piedmont, particularly in Asti, where it is thought to have been cultivated as early as the 13th century. “The Barbera variety achieves a unique versatility in Asti and the Monferrato region, both in terms of terroir and production styles,” explains Andrea Dani, sommelier who collaborates with the Consorzio Barbera d’Asti e Vini del Monferrato. “It could make a deep, powerful and opulent wine, but also express a dynamic, subtle and sincere drinkability, straight, unadorned, extremely drinkable.”

The terroir to which Dani refers is composed of steep slopes covered with two types of soil: the marine sedimentary sand of Asti and the marly and calcareous white earth of Alessandria, Canelli and Casale. The territory, combined with hot summers and cold winters, creates conditions in which barbera thrives. 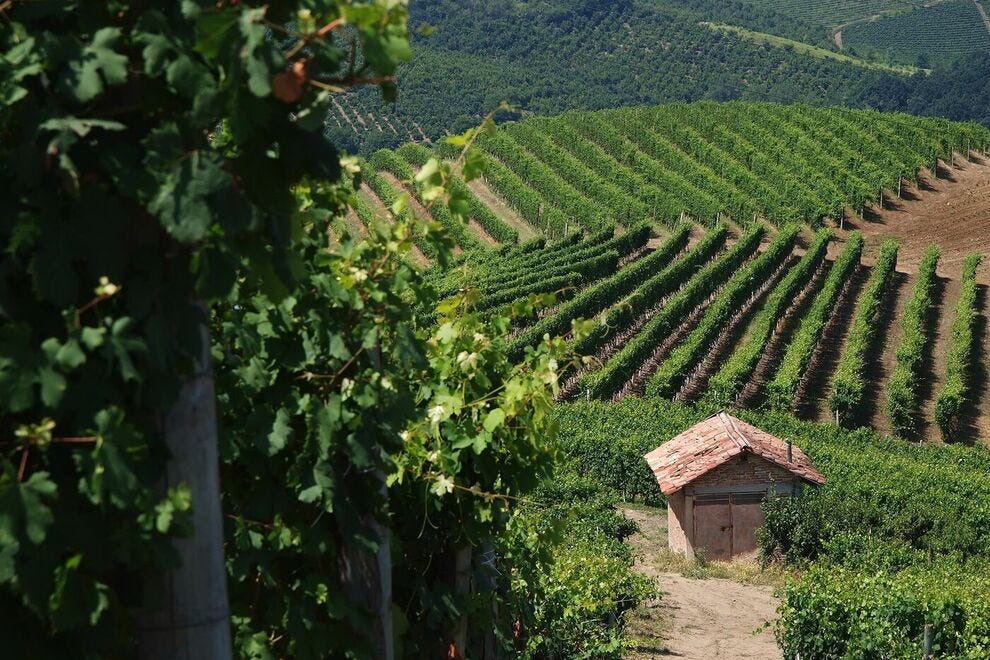 “They used to say Barbera was the go-to drink when your Nebbiolo got older,” says Sam Bogue, beverage director for Flour + Water Hospitality Group in San Francisco. “But I would say Barbera has an incredible ability to age.”

Traditionally, Barbera undergoes winemaking in stainless steel, but in recent decades winemakers have begun experimenting with barrels and barriques, leading to recognition of a Superiore style wine. Standard Barbera d’Asti is released in the spring after harvest, while Superiore requires 14 months of cellar aging with at least six months in wood, which adds layers and depth to the wine. It is then aged in bottle before it hits the market, and many can spend up to another decade in bottle.

Barbera is a staple by the glass at Bogue establishments, and he postulates that it offers an excellent entry into the world of Italian wine for the uninitiated. He offers it to guests who prefer either Cabernet (powerful and full-bodied) or Pinot Noir (delicate and light), the happy medium between two irrefutably different wines. 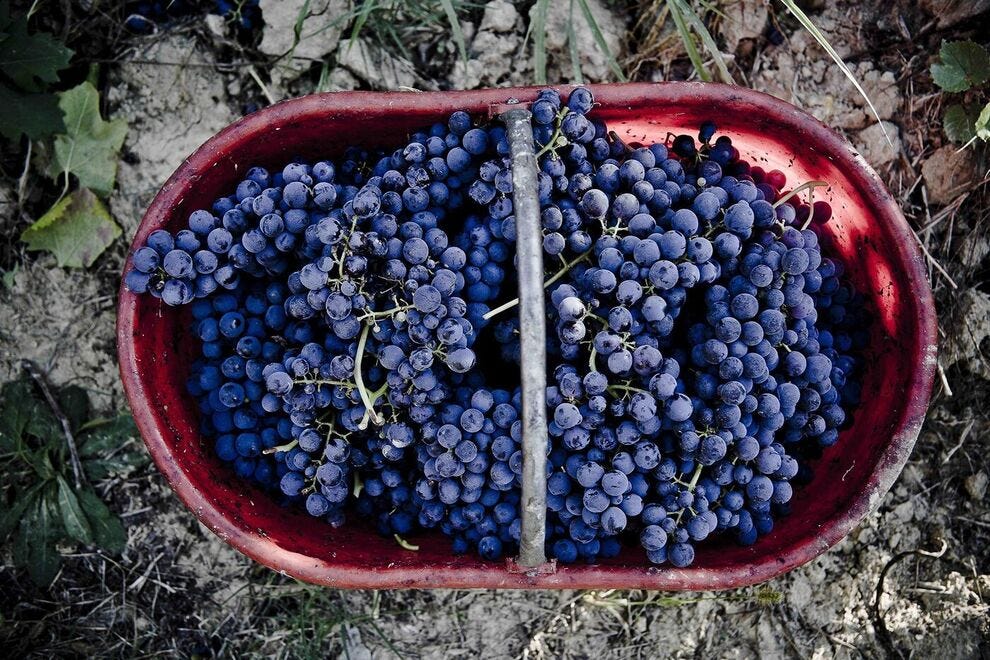 On the classic pairing front, Bogue shares how Barbera’s simple charm provides excellent foil to northern Italian classics, such as Piedmontese agnolotti del plin, a meat-stuffed pasta lightly drizzled with a sauce. buttered. “The wine plays off the flavors of the butter sauce and the acidity cuts through the richness of the fat,” he explains.

At home, Bogue would pour Barbera over a barbecue because “the herbaceous, peppery notes of the wine contrast well with the rich cuisine”.

Alternatively, Paris Pryor, service manager at Francie’s restaurant in Brooklyn, thinks Barbera makes a great aperitif wine. “If I was serving it at home, I’d hand a six-ounce glass to guests upon arrival for a dinner to sip during appetizers with cheese and charcuterie.”

Anyone who wants to get acquainted with wine can consult the following producers.

The family has been running the vineyard since 1886 and today winemaker Lorenzo Gozzelino is the fifth generation to oversee the family’s 30 hectares.

Founded in 1956, Michele Chiarlo, located in Nizza-Canelli, is managed by Stefano, the son of the homonymous owner.

This winery in Belbo Asti has been around since 1891. Today the fourth generation, sisters Clementina and Giulia, run the show.

Founded in the 1980s, this winery in Agliano Terme is run by Giuseppe and Mauro, the sons of the founder Agostino.

This sumptuous property in San Martino Alfieri dates back to the end of the 17th century. In 1982 Casimiro San Martino di San Germano restarted wine production. After his death in 1988, his daughters Emanuela, Antonella and Giovanna took over and released the first Marchesi Alfieri bottles under the label in 1990.

This winery is managed by Giorgio, Adriano and Fabrizio Forno, the third generation. Margherita Forno, Giorgio’s daughter, is the oenologist.

This cooperative, founded in 1959, bears the name of the two villages it straddles.

Founded by a Milanese couple, Emanuela and Giovanni Novello, Prediomagno in Grana is a new edition on the scene. His first official Barbera year was in 2018.

Barbera vines have been on the property since the 1920s. The new property began reclaiming vines in 2012, with 2016 marking Barbera’s first vintage.