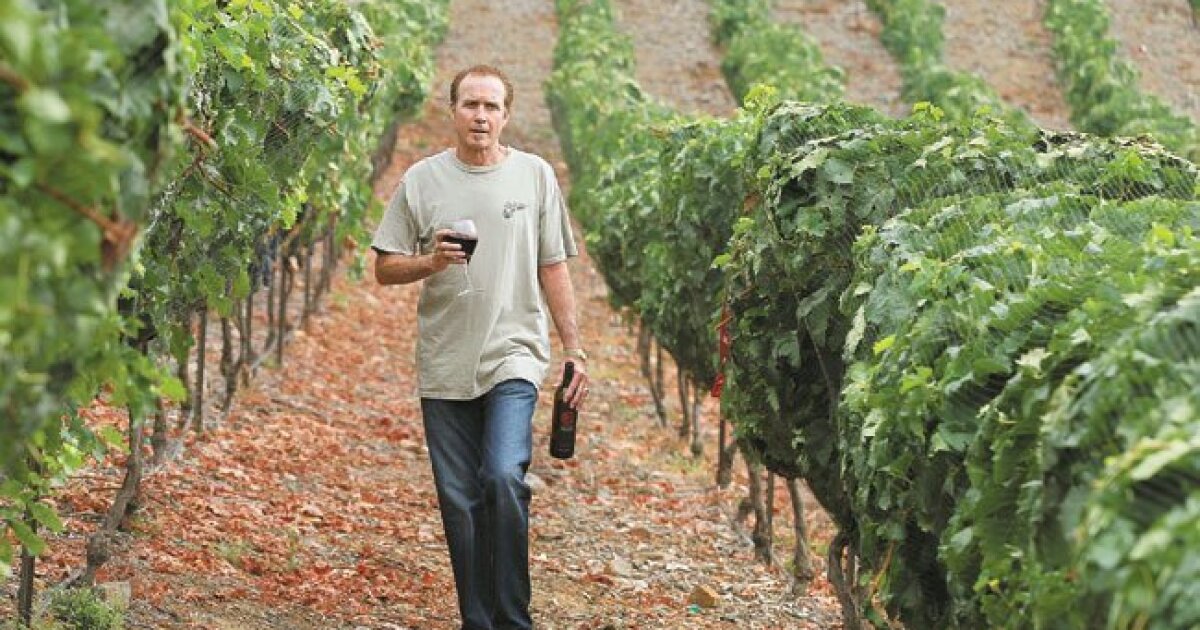 The â€œteething phaseâ€ is how one local winemaker describes the San Diego County wine industry.

The grapes have grown north and, to the frustration of the more than 70 wineries now in San Diego County, the eno-enthusiasm is concentrated up there. (Licensed and bonded wineries are federally regulated by the Office of Alcohol and Tobacco Tax and Commerce, and the number of producers in our county is growing rapidly.)

So, with California Wine Month and the September harvest, we taste our way through the birthplace of Californian wine – and toast the Davis-trained winegrowers, second-career winemakers and family farm winemakers who aspire to it. moment of transition to adulthood. Here are 15.

In a warmer part than Hades de Campo, on the US-Mexico border, you’ll find California’s southernmost winery and vineyard. With an emphasis on reds and a sustainable philosophy, the vintages grown at the estate of the winemaker Mert Thomas produce 650 cases per year. To look for by Gloriosa Easy to drink 2009 red zinfandel – a big winner in a local competition and mislabeled at Hillcrest’s Whole Foods as 2010. Tastings by appointment.

The wines of the Gourvitz family reached Wine Enthusiast ratings in the 1980s. The town’s wine lists feature the county’s largest producer. â€œMy favorite is their Sangiovese,â€ explains JÃ©rÃ´me Astolfi of Flavor Del Mar. â€œ(It’s) much richer than a Sangiovese made in Italy. Their Cabernets are also generally exceptional. Tastings by appointment.

Shops and cafes are part of the allure of this family-run winery, founded in 1889 and nestled among the houses of Rancho Bernardo. Ross Rizzo Jr. is taking refresher training with the premier viticultural school, the University of California Davis. And the young winegrower is investing in Sangiovese, Cabernet Franc and the grape varieties that love our region. â€œI recommend buying a cellar rather than a yacht,â€ he says. Tastings every day from 9 a.m. to 5 p.m.

This family-run farm has citrus, hay, vegetables and grapes for next-generation winemaker Chris Broomell and his 1,000 cases of estate wines. Valley Center’s Triple B got a nod from Wine Enthusiast for the 2008 Merlot (87 points; â€œnice texture and balance, juicy red fruitsâ€). Broomell craftsmanship also noted Vesper vineyards wines with his UC Davis educated wife, Alysha Stehly. Taste the two labels in a century-old house (from 11 a.m. to 4 p.m. from Friday to Sunday). Vesper wines have been put to the test at El Take It Easy.

Working with his own harvest and working a day job when not making boutique wines, Ed Kruger filled 1,200 cases. We are fans of the Sunshine CuvÃ©e, which is suitable for cooking i.e. cabernet sauvignon, cabernet franc, merlot and petite sirah aged together in French oak barrels. Weekend tastings and visits to this San Marcos poles are by appointment.

As part of the Eat Drink Local week celebrations, head to the rooftop of this hotel to listen to live music,

In a warehouse-like tasting room on the edge of the vineyard (open every day from 10 a.m. to 6 p.m.), the staff shine a light on everything you touch – from Orfila ‘s medals under the late winemaker Leon Santoro to a card of grapes grown on the Escondido estate (mainly Syrah, and including that aromatic white RhÃ´ne grape, Viognier). Park it on the outdoor patio to admire the peaceful San Pasqual Valley, an American wine-growing area recognized by the federal government. Or check out the work of new winemaker Justin Mund in Julian’s other tasting room.

Using pesticide-free grapes picked on the slope of a Poway foothill, Sandy Mubarak extracts the spices from the Syrahs. The micro-shop has a Firestorm 2007 (Syrah with Grenache, MourvÃ¨dre, Petite Sirah and Viognier), named after the forest fires that have approached the vineyard dangerously. Old Coach is transported to places like Restaurant Bernard’O. Tastings are reserved for members of the wine club.

Steve and Marilyn Kahle have dogs, roses and a win over a Loire Valley wine. In this spring’s friendly and locally sponsored French American Wine Challenge, their 2008 Cabernet Franc beat a Thierry Germain 2010. Based in Ramona – a renowned American wine-growing area – Woof’n Rose only makes a few hundred cases. â€œYou can make great wine in large quantities,â€ says Steve, a retired software engineer. “But each barrel gets a little more attention with smaller amounts.”

This small alpine estate focuses on earthy, unfiltered reds like its Dos en Uno, a union of cabernet sauvignon and syrah. Winemaker Tim Petersen delivers it personally to the back door of Whole Foods. His Zinfandel won the silver medal in the San Diego County Commercial Wine Competition in 2012. â€œI don’t really believe in the medal system,â€ he says. â€œIf the public likes (our wines) then we’re doing something right. The tastings are in the barrel room.

Discover a small, well-maintained tasting room (with souvenir glasses!) In front of a U-Pick’em orchard. The well-structured and woody Syrah 2005 even resists barbecue. Winemaker Jim jenkins try the â€œheartbreaking grapeâ€, alias Pinot Noir, in this cellar producing 1,000 cases. No one leaves without a sip of Pommier, an apple-based dessert wine with a liquid tart taste.

William Holzhauer and Tammy Rimes’ wines are named after Peruvian Paso horses bred on the same Ramona ranch as his grapes. More in the old town Festivals of Reyes, his family has a lovely tasting room open every day from 11:30 am to 9 pm. Recognized fan of the Hacienda team? Lisa Redwine, Wine Director of Marine Room and Shores Restaurant.

Their wines are only shipped to Julian, and good luck chasing the popular Julian Gold made from Muscat Canelli. Other grape varieties were planted here in 1980 (such as sauvignon blanc and chardonnay); taste them every day (10 a.m. to 4 p.m. and 5 p.m. on weekends). Mike Menghini is carrying three tons of grapes for the big Julian Grape Stomp this Saturday from 11 a.m. to 7 p.m. Be prepared to wear socks for a month.

The vineyard’s new children, George and Kim Murray, keep full-time jobs elsewhere and make Merlot, Cabernet Sauvignon, Petite Sirah and more along the Fallbrook-Oceanside border. As their hobby got serious, the couple pulled out their avocados, planted 2,000 vines and won four medals in the San Diego County Commercial Wine Competition in 2012. Tastings by appointment.

Winemaker Alex McGeary structures his Viognier with a touch of Chenin Blanc. The tasting room (open 10 a.m. to 5 p.m. Wednesday-Sunday) has an artistic aunt vibe and a statewide award wall. This slope of Palomar Mountain is a scenic place to spend the night: the cottages stand at the edge of the 40-acre vineyard. Meet at the foot of the grape October 6!