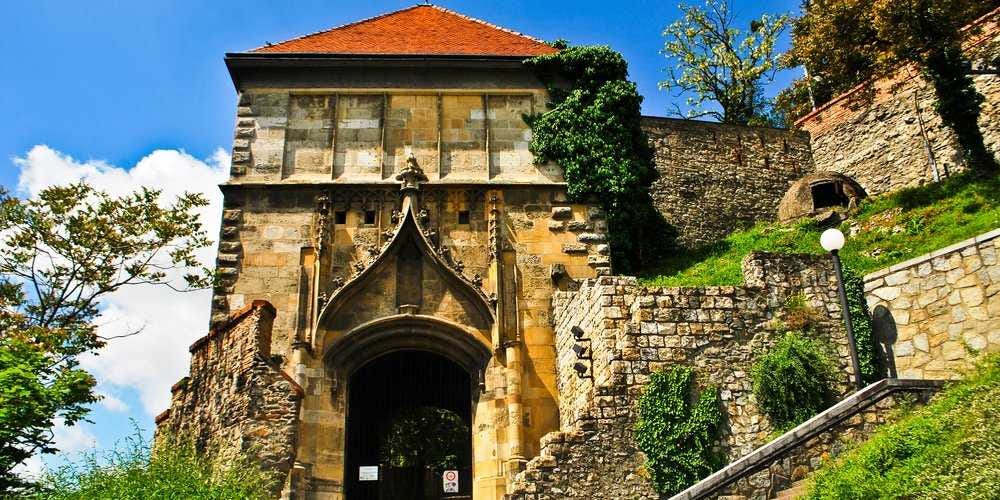 Wine tours that you can do with a limited budget

The United States is the second largest consumer of wine, behind – you guessed it! – France. But wine tourism, a wine-centric journey, is an American invention that began in the 1970s with Napa Valley touting itself as a wine connoisseur’s dream destination.

As other wine-producing nations have spread, wine tourism has exploded: up to 27 million American travelers take wine-related trips each year.

As with any trendy destination or activity, the â€œmoney is not an objectâ€ mentality is common in wine tourism. But who said you can’t drink good wine in a fantastic vacation spot at a reasonable price?

With that in mind, we’ve found 10 amazing trips that will thrill any budget-conscious oenophile.

1. Taste all of France without leaving Paris

France is a mecca for wine lovers, producing some 7 to 8 billion bottles of wine each year. But a tasting trip to France’s many wine regions is out of reach, except for the wealthiest travelers.

But here’s an idea for those on a budget: Go to Paris and take a â€œvirtualâ€ tasting trip through the great wine regions of France. Just minutes from the Louvre, you can take the two-hour â€œFrench Wine Tourâ€ for under $ 100.

A private sommelier will guide you through a tasting of seven regional French wines, explaining how differences in climate, grape varieties, and winemaking produce unique qualities in each. You will master the art of wine tasting and may even impress your friends with your mastery of terms such as terroir and appellation, while learning to read a French wine label.
2. Become a Champagne Expert in Reims

Perhaps the mystique of champagne has a hold on your heart. Then we recommend heading to Reims, about an hour’s drive east of Paris. The most populous city in the province of Champagne, ancient Reims has a significant role in history: for centuries, its cathedral was the site of the coronation of the kings of France.

While in Reims, visit GHMumm’s champagne house – with over 25 million bottles on the shelves of its expansive cellars that stretch for 24 kilometers – for about half the price of a bottle of champagne. The tour ranges from $ 20 to $ 35, depending on your choice of wines to taste.

You will learn how Mumm champagne is made, but also fully appreciate the qualities of champagne and the fascinating rituals it involves. You will also see one of the most beautiful museums in the world on the making of champagne.

Portugal is renowned for its superb wines and for being an economical European destination. And there is no better place to experience Portuguese wine than the charming city of Porto. Portugal’s oldest city and a UNESCO World Heritage Site, Porto gave its name to both the nation and its signature port wine, produced exclusively in the Douro Valley in the northern provinces of country.

The Douro Valley is the oldest defined, regulated and protected wine region in the world, even before France. At less than $ 50, this wonderful tour introduces you to the city’s iconic sites, like the BolhÃ£o Market and the Church of the ClÃ©rigos, then the caves of the House of Croft – the oldest existing port wine cellar in the world – to a superb tasting.
4. Buenos Aires

Called the “Paris of the Americas”, Buenos Aires is a bustling city with Old World charm, with wide avenues, lush green parks and classic architecture. Originally a smuggler’s paradise, by the 19th century the city had grown into one of the richest and most sophisticated in the world – and remains fiercely proud of famous Buenos Aires natives like Pope Francis and Evita Peron, with an exceptional museum dedicated to the latter.

And then there are the wonderful wines of Argentina! Hosted by the sommelier of the famous El Querandi restaurant, you will discover specialized wines from the regions of Patagonia, Cuyo and North-East Argentina. At $ 51, this 90-minute tour of their wine cellar is unique for its special food and wine pairings – a specialty of the chefs of El Querandi. A five-hour version of the tour also includes dinner and a tango show.
5. The vineyards of Sonoma

Sonoma County was named one of Wine Enthusiast’s Top 10 Wine Tourism Destinations for 2014. And its Carneros region – where San Francisco’s San Pablo Bay meets Napa and Sonoma – provides a perfect location for the production of the best. pinot noir, chardonnay, and sparkling wines.

But that doesn’t mean you have to break the bank to taste wine in Sonoma. This half-day adventure, which costs less than $ 50, is a once-in-a-lifetime adventure. Embarking from Fisherman’s Wharf in San Francisco at noon, it delights both the palate and the eyes, with tastings at several wineries amid the splendor of the magnificent Carneros vineyards and hillsides. You’ll visit both boutique wineries and mass production wineries – overall, an unforgettable celebration of the joys of California’s wine country.

Assisi is one of Italy’s cultural treasures, with its imposing medieval castle, ruins from Roman times and of course the Basilica of St. Francis, which houses the remains of Italy’s patron saint. Assisi is also home to a number of important works of art, most notably by Simone Martini and Pietro Lorenzetti, both fresco painters influenced by Giotto, who pioneered the realistic depiction of figures compared to the stylized depictions of previous artists. .

Try a 3-hour Mencarelli winery tour, affordably priced under $ 30 per person. The highlight is a picnic lunch or dinner, under a breathtaking panorama of the basilica and the Umbrian landscape. Your basket includes a bottle of SIAO wine (as well as olive oil), Perugia bread, pecorino, a variety of cold cuts and more. The tour also includes information on viticulture and the winemaking process, with an emphasis on Umbrian wines.
7. Barcelona

Since being in the spotlight at the 1992 Summer Olympics, Barcelona has become one of the favorite tourist destinations in Europe. Famous for the works of architect Antoni Gaudi – which gave birth to the term ‘clairvoyant’ – this bustling city rivals Madrid as a showcase for arts, music and design. Its location between the Mediterranean and the hills of the Serra de Collserola also makes Barcelona a hotspot for wine lovers.

We recommend this small-group half-day tour, which, for less than $ 70 per person, includes a wine tasting at Oller del Mas, a 10th-century castle outside of Barcelona, â€‹â€‹as well as tours of its vineyard and cellar. Go in the afternoon for a wine tasting or in the morning for a visit to Montserrat and a Spanish brunch. See rave reviews from customers!
â€¨
8. The nuanced wines of the Little Carpathians

Bratislava, located on the Danube in southwest Slovakia, is an ancient city famous for its ceramics and wine making. First settled around 5000 BC, the region will become one of the oldest Roman centers of wine production. Its location nestled in the foothills of the Lesser Carpathian Mountains gives its wines special characteristics due to the unique composition of the soil, and further enhanced by local winemakers with fruity and floral essences.

The town of Modra, located just minutes from Bratislava, also offers one of the best values â€‹â€‹when it comes to wine tasting, with 10 wines to taste at a price of around $ 20 per person. This ‘incredible’ three-hour tour is led by the vineyard’s world-renowned winemaker, who regularly sits as a judge in prestigious wine competitions.
9. Visit of Budapest

Hungarian vineyards are said to produce wines that rival the best in Bordeaux. Its 22 wine regions produce many varieties, although Tokaj’s dessert wines are the most characteristic of Hungary. Its capital, Budapest, is also steeped in history and is one of the greatest monuments of Jewish history in Europe; try a 2.5-hour walking tour, notable for its excellent guides, and costs less than $ 40 per person.

Start in the historic Jewish quarter of Pest, then visit the largest working synagogue in Europe. Other stops include the Jewish Museum, the Raoul Wallenberg Memorial Park to the Jewish Martyrs, and the labyrinth of courtyards and alleys that connected the ghetto buildings. End your tour in one of Budapest’s most atmospheric wine bars, tasting wines from all over Hungary, all in the company of a trained sommelier.
10. The charm of the Italian Adriatic coast

The small town of Trani, located just above the ‘heel of the boot’ on the eastern coast of Italy, is steeped in history due to its strategic location on the Adriatic. In addition to its impressive three-level duomo dedicated to San Nicola Pellegrino, Trani is also famous for its excellent restaurants and wine culture.

And just outside Trani you will find the beautiful vineyards and wine cellars of charming Puglia. Great value at around $ 20 per person, we recommend this 2.5 hour wine tour that includes a wonderful local wine tasting session, featuring the sweet dessert wine ‘Moscato di Trani’.